July has been a depressing month for America, but there is light to be found on Youtube.

July has been a rough month for those of us who try to stay on top of the issues. First, Texas passed its sweeping anti-abortion legislation (which will mainly shut down numerous women's health centers across the state). Then George Zimmerman was acquitted for the murder of Trayvon Martin. Then KTVU reported the wrong names of the pilots for the Asiana Air plane crash and the racist joke went viral. Then President Obama officially added to the race dialogue and conservative Americans lost their minds.

Between my Facebook and Twitter feeds, it's been a busy month for pundits and social justice bloggers. There has been so much analysis on race relations, so many racist and sexist tweet roundups, so much fallout from rogue interns and rogue jurors and rogue Senators that I don't even know what to link you to, and to be honest, I'm too anger-fatigued to do any more sifting. For the past few weeks, I've had a serious crisis of faith in things in the United States ever truly progressing (grown ass adults still laughing at "Sum Ting Wong" will do that to you).

I realize it's silly and rather disrespectful to the social justice activists who are doing important work, and to our allies in the struggle. There are people out there who "get it." So if you, like me, have been feeling anger-fatigue, I've rounded up a few videos to restore your faith in humanity.

First up is a spin on the racebending Hollywood is known for, from one of my personal favorites, Wong Fu Productions:

Second is a reminder that it's never too late to learn something new:

Lastly, proof positive that kids have sense and there is hope for the future: a bunch of kids reacting to the controversial Cheerios commercial featuring a mixed-race family.

Think of the kids -- even they're appalled that grown ups don't know how to be grown ups! Hopefully this gives you just enough fuel to stay angry and keep fighting the good fight. 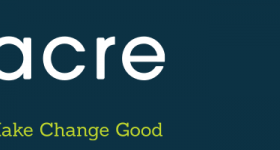