A Photo Essay
Vĩ Sơn Trinh
February 1, 2021
In 2020, COVID-19 tore through the United States and killed more people here than reportedly any other country in the world by huge margins. No community was spared. The pandemic revealed government ineffectiveness at managing a health crisis, as cases and fatalities were exacerbated by the public's lack of trust in public institutions and advice on how to stay safe. The year also saw a tidal wave of xenophobia and hate against Asian Pacific American (APA) communities, echoing racist narratives that have always risen in the US when economically or politically expedient. Through it all, frontline healthcare workers, many of them APA in the states that were hardest hit, have carried the weight of taking care of our sick community members. Their compassion and dedication have made them the heroes for all of us at Hyphen.
Hyphen wanted to show and honor the APA healthcare workers on the frontlines of the pandemic. We talked to nine APAs in healthcare about working during a pandemic, struggles with racism, and where they found joy and support in 2020. They represent a young generation of healthcare workers in California, Oregon, and New York serving diverse communities during the COVID-19 pandemic. All subjects were interviewed and photographed remotely by Vĩ Sơn Trinh, a nurse currently working in Oregon.
This year, more than 2,900 healthcare workers have died from COVID-19 in the US. In some states like California, Asian Pacific Americans make up a larger proportion of frontline healthcare staff like doctors, nurses, and technicians. Their work makes them more vulnerable to getting COVID-19 and getting sick. Nationwide, 30 percent of nurses who have died from COVID-19 identify as Filipino.
We talked to the healthcare workers about being Asian and working in healthcare this year when there has been an uptick in hate crimes against Asians in the US. In some cases, the healthcare workers we talked to work on teams with many other APA healthcare workers. But in other cases, they work on teams that are predominantly White or non-Asian. They told stories of feeling antagonized for their race both in and out of the workplace. Some mentioned feeling solidarity in the face of social injustice facing other communities.
Beyond just coping, healthcare workers described ways they have found genuine appreciation for their lives and jobs.
Categories:
Health & Wellness
Health
Social Issues
Tags:
AAPI
AAPI workforce
covid-19
Contributor: 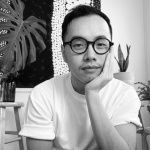 Vĩ Sơn Trinh is a Vietnamese-American visual storyteller. Born in a refugee camp in Galang, Indonesia, and currently based in the Bay Area, California, Vĩ Sơn explores personal narratives of fellow refugee and immigrant community members. Vĩ Sơn is currently working on two projects, “Stories We Carry” a photo installation that empowers individuals from immigrant and refugee experiences, and “Silk Rise” a photo series that explores the intersectionality of Vietnamese tradition and contemporary through ao dai.