[I know this is off-topic entirely, but a new South Indian” restaurant opened in my neighborhood recently and all I wanted it to be was a greasy hole-in-the-wall where I could get dosas bigger than my head. The place is more up-scale and Mission hipster and I have a friend who downright dissed on it, but I still haven’t managed to eat there – they’re only open for dinner and then only until 10. I might have to do another post dedicated to my diatribe about the monopoly of North Indian restaurants and the need for the South Indian flavors to take-over. But yes, another time ….]

Anyway, my number one pick for a MUST-SEE South Asian film at the festival has got to be Punching at the Sun, directed by Tanuj Chopra. It is about a South Asian kid in Queens who is dealing with his anger and confusion in the aftermath of his older brother’s senseless death and with basic survival in the post-9.11 world. I can honestly say that this is the best South Asian American film I have ever seen – and I’m pretty sure that I’ve seen almost all of them – [well except for Chutney Popcorn, which you can get at Blockbuster but just never seemed interesting to me.] Chopra filmed it with mostly non-actors from South Asian Youth Action (SAYA!), a South Asian youth community organization in Queens. It really reminded me of the brilliant Raising Victor Vargas because of the raw community aspect – and all the youngsters in the film nailed it. There is hip hop, heartbreak, magic and a little bit of romance. You can’t go wrong. Anyway, make sure to check it out and if anyone has seen it thus far – I’d love to hear what you think.

Of course, the Third-I Shorts program is always a great show. This year they have some really interesting international picks. Specifically, Lucky, which concerns a South African AIDS orphan and his relationship with an older Indian woman and Grinding Machine from India, which is frightening and does amazing things with sound and framing. The short Time and the Hour Run is a great surrealist piece that made me think about how excited I am that South Asian directors and putting some fantastical touches into their films. I can’t wait for the South Asian American David Lynch to burst onto the scene – I might have to quit this writing thing and go be a key grip or something when that happens.

Otherwise, Deepa Mehta’s Water – the third of her elemental trilogy, which was so controversial that the filming was stopped in India – is also playing. This is a great opportunity to beat the crowd and see this film before it gets a wider release next month. In terms of international films from India, I have loved everything I have seen by Bengali auteur Buddhadeb Dasgupta – perhaps the David Lynch of India – so his Memories in the Mist would be a good one to get high and check out. And it is always a blast to see Bollywood in full-Technicolor glory at the Castro. This year’s pick Parineeta has one of the best (meaning most ridiculous) Bollywood finales that I’ve seen lately. 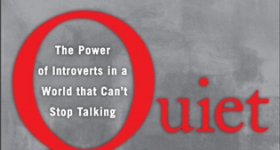 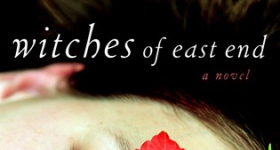