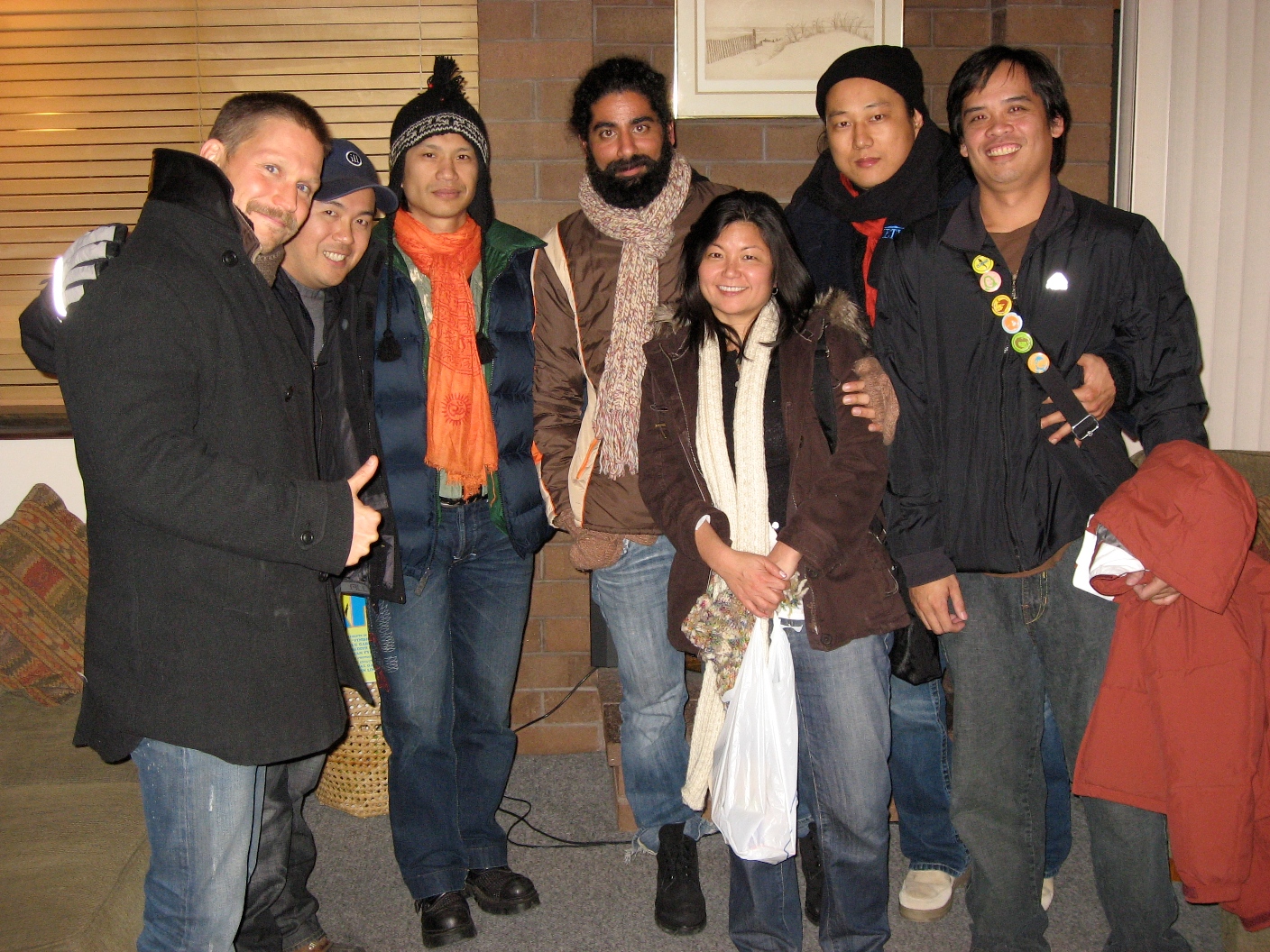 First Justin Lin: The last time he was at Sundance in 2002 he had 10 maxed out credit cards and an unknown indie film premiering called Better Luck Tomorrow. MTV Films picked it up and you know the rest.

This year he's back, a little more relaxed and without the debt (though he did put his own money into Finishing the Game).

The film is about the bizarro efforts to finish "Game of Death," Bruce Lee's last film, which was halted when he died.

Some of the eccentric cast of characters who try out for the coveted spot to replace Bruce Lee are Colgate Kim, a Korean American from Alabama played by Sung Kang (Better Luck Tomorrow); Troy Poon, a Chinese American vacuum cleaner salesman played by Dustin Nguyen (21 Jump Street) who is represented by an agent played by MC Hammer; a half-Chinese beat poetry fan played by McCaleb Burnett (Annapolis); and an Indian doctor/stuntman played by new actor Mousa Kraish.

Kang and Burnett told me that many of Lin's friends helped Lin to make the films since they have worked with him before.

For Lin, Finishing the Game is a labor of love. That's why he did it independently. It was shot in 19 days. With his experience doing two big-budget studio films, The Fast and the Furious: Tokyo Drift and Annapolis, he probably could have gotten studio backing, but there was no way he was going to do that, he said. He wanted complete control.

Steven Okazaki's White Light/Black Rain is one of, if not the first, documentaries to focus strictly on the victims of the atomic bombings, he said. (There are also interviews with some of the Americans who were part of dropping the bombs.)

He's been fascinated with and interested in the bombings for years. He has wanted to do a full-length doc on the subject for a long time, in fact did two shorts on the issue before. But it's still very sensitive in Japan and the U.S. more than 60 years later, and politics made it difficult to get it done.

Recently HBO execs, realizing that no doc had addressed the subject around the 60th anniversary, asked him to do a full-length doc. It's expected to air on HBO in August to coincide with the anniversary. Okazaki's also pursuing a Japan theatrical release.

I have a lot more to say about both films, but that will have to wait for another day. My story on both of them will air on KQED's Pacific Time this week.