The Success Story of Vietnamese Americans in New Orleans East 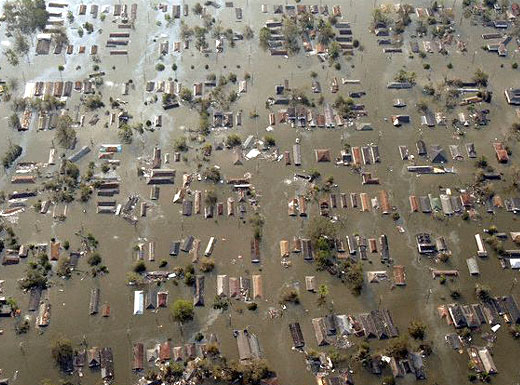 Dateline NBC’s Stone Phillips picked up as camera himself – with the shaky shots it’s very much Corporate Media meets Youtube – and spent Tet with this community earlier this year. His Postcard from New Orleans was produced by Vietnamese American Tommy Nguyen, who gives us a little insider knowledge here about the experience.

It’s a good (though slightly saccharine) piece that highlights the strength of the Vietnamese American community surrounding the Mary Queen of Vietnam Catholic Church (MQVN). In fact, I learned that this community has a 90 percent return rate – way more than the rest of the city. My favorite part is when Phillips is interviewing Father Vien Nguyen about all the work they did to find the Katrina refugees, offer them services and bring them home and the father says: “We asked the government not to get in our way!” The Dateline piece talks extensively about how the Vietnamese community was used to upheaval and flooding due to their history – and how this made the destruction of Katrina old hat to them. I got this picture in my head of a Vietnamese family sitting down to dinner in a house filling up with floodwater after the levies broke and the old grandmother saying: "This is nothing, when I was your age on the Mekong Delta, we learned to breathe underwater!"

The Vietnamese American population of New Orleans East was also the subject of a working research paper published by the Mercatus Center of George Mason University. The paper, authored by Emily Chamlee-Wight and Virgil Henry Storr, hits on the same ideas as Dateline and talks about the concept of a “cultural toolkit” – or how “this community was able to make use of an array of cultural tools that aided their swift return.” I suggest reading the whole paper because it’s fascinating, but I can give a few highlights here – like the amazing reality of the return rate of this community:

On October 9th, 2005, just five weeks after the storm, Father Vien Nguyen of MQVN held Mass for 300 parishoners, most of whom were residents of the MQVN neighborhood. Given the ghost-town feel of most New Orleans neighborhoods at this stage, this was an outstanding turnout. The following Sunday, 500 residents had returned for services. On October 23rd more than 2,000 members of the Vietnamese community attended Mass at MQVN. By April of 2006, 1,200 or the 4,000 residents who lived within a one-mile radius of the church has returned. By the summer of 2007, approximately 90 percent of the residents were back and 70 of the 75 Vietnamese-owned businesses in the neighborhood were up and running.

But the main argument of this paper is that “the stories that are told and retold in this community have served as effective tools – for both individuals and the community as a whole – in the rebuilding process.” The paper also argues that for as fucked up the Model Minority Myth is, that’s what the community believes brought them back and made their rebuilding so successful. The authors of the paper argue that they did this research because the Vietnamese American community “is often left out of the discussion of race and ethnicity in relation to Katrina.”

I felt an underlying sense in both the Dateline piece and the paper that this success story was being compared to the African American communities in New Orleans and what they went through. I was left wondering how much cross-cultural work was being done over the past two years. There were a few examples in the Dateline piece of other minorities looking to th Vietnamese community as leaders, but not really of coalition-building. Any Katrina experts want to weigh in on this?

MY ANALYSIS wrote on Tue, 08/28/2007 - 5:38pm
Well, its a little more than that. If anyone read the history of the 9th Ward and its location and why it was given to the African Americans many years ago. New Orleans was one of Americas busiest slave ports during the trades and naturally became a city enriched with African American History 400 years later. I think that was the reason a lot of the Vietnamese were overlooked. Louis Armstrong to Fats Domino and Jazz is what New Orleans is known for. Furthermore, African Americans were situated in 9th ward for a reason. Whites knew if this area was ever to experience a natural catastrophe, it would be the hardest hit and its residents would be the primary casualties. When Katrina hit, guess what area suffered the most. Thats the reason theres a lot of attention for that particular area. Keep in mind the city has over, or had over 400,000 African American residents and only 50,000 Vietnamese residents. How can you compare that. As far as dateline and other media out there. They are always going to compare other minority groups to African Americans. African Americans are quick to go against the grain and tell America whats on their minds and fight for what they feel is right. Using other Minority groups against the other is just that conquer and divide system groups fall for.