Check out this quick Time magazine piece on Chinese American rapper MC Jin and the career move that took him to Hong Kong.

Jin is famous for his "106 and Park" freestyle battle winning streak, subsequent initiation into the Ruff Ryders crew, and the disappointing sales of his debut album "The Rest is History". The rapper's Cantonese language follow-up "ABC" — which chronicles his American-born Chinese experience — was released recently in Hong Kong.

In the Time article, Jin discusses the business-related and personal reasons for turning to the Asian music market and sees the move as a positive one. He says, "I might not have been the guy who sold a million records," he says, "but you can't accuse me of not properly representing hip-hop and Asian culture."

I think Jin got a raw deal post-"106 and Park." I mean, signing with the Ruff Ryders isn't exactly creating the best platform for his lyrical content or style. Perhaps if he had been with Rawkus (home of Mos Def, Talib Kweli, and Blue Scholars) or even Def Jam, the album and reception would have been better here.

I hope Jin does well in Asia and makes it back stateside. If Rain can sell out Madison Square Garden, then I'm sure Americans can show Jin some love. [In my best Stephen Colbert voice] Rainnnnn!!! 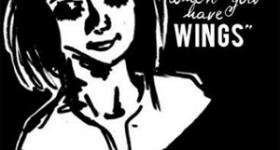