Up next came Taiwan
with the Kaohsiung Film Festival. It was really cool to be back in
Kaohsiung since that's where my family is from, and seeing it for the
first time with an international audience had me very curious, I must
admit. As expected, a lot of the language-specific jokes did tend to go
over peoples' heads, but I got the feeling they still enjoyed the movie
nonetheless. Usually, the signing and picture-taking afterwards is
somewhat of a good indicator (would you want to get a signature or
picture with someone from a bad movie?), and if that's the case, then
we did pretty good. Best post-screening comment: "You are more handsome
in person than on-screen!" I didn't know what to say but
"well... thanks!" For someone who's known more for his number sense
than his looks (I freely admit I am certainly no George Clooney
or Brad Pitt), you'll have to forgive me for basking in the compliment
for just a second... ahhh... okay. Basking done.

Soon after
Taiwan was the Chicago Int'l Children's Film Festival -- what a cool
festival to have! All for the kids! Super-friendly festival and staff,
and one of the theater owners -- who never sits through
screenings -- actually sat through our entire movie and loved it! I got a
few more of the "you remind me of a young Will Smith" comments, which,
I admit, I am always a sucker for. "In West Philadelphia, born and
raised, on a playground was where I spent most of my days..."

And
last, but certainly not least: Vancouver, where we opened the Vancouver
Asian Film Festival. Shout out to all the good people out there:
Barbara, Kathy, Yoosik, Don, Debbie, Peter, etc. who are putting
together a festival that is growing rapidly in a community that
certainly has its share of Asians. Holla! Plus, they had several
parties at a nearby casino! Who wouldn't love that?!

And
alas... thus the Ping Pong Playa tour comes to its final legs. But we'll
still be around for just a little while longer: DVD hits January 6th!
So stay tuned!

Jimmy Tsai aka C-Dub is guest-blogging for Hyphen and basking in the nice compliments he got about his good looks.

This blog entry is graciously sponsored by Toyota Matrix. Check out their website dedicated to the best in Asian American
film. 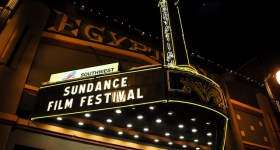 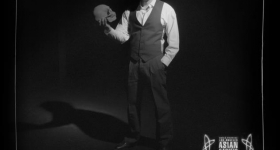 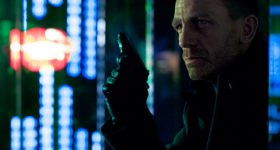