The song’s not bad; it's quirky with catchy loops that could easily get it heavy rotation at hipster bars and art exhibit after-parties. But I can’t help but wonder…

Is she Asian American?

I couldn’t find any information on her ethnic make-up, and photos aren't always accurate gauges of ethnicity either. At a mere glance, she appears to be Caucasian. Her bio simply states that she’s an American who moved to Japan to teach English and now lives and creates music in the southern city of Kyushu.

I realized I wanted to know if she had Asian roots because she’s pretty much taking on a Japanese identity, which could be seen as problematic if she is, in actuality, an American Caucasian person (see: Steven Seagal).

On “KitsuneBi,” the artist says, "In folklore here, foxes play an important role...Something that really appealed to me is this ancient notion of kitsune-tsuki, which is when a woman becomes possessed by a fox...The woodlands have this kind of ancient, quiet mystery...there's always this feeling that you're being watched, but it's not a threatening feeling. I suddenly was overwhelmed by this weird feeling that I was being transformed into a fox.”

So what do you all think? Appropriation of an Asian culture, or an American musician that just really digs Japan? Does her race/ethnicity matter in terms of the image she's created as an artist? 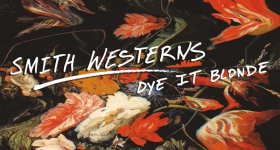