After hearing Jennifer 8. Lee speak in April at the Asia Society, the same upper-east-side building where the festival is being held, and after writing about food here and there, I was hungry for more commentary on the American concept of Chinese food.

"The Killing of a Chinese Cookie," which focuses on the fortune cookie specifically, was a surprising eye opener for me, and parts of it were hilarious. I felt insulted and entertained at the same time by old pictures of white actors in yellowface, mildly offensive cartoons (like the Simpsons), comic book pages (Batman and Robin) and the big white guy in a Chinese silk jacket and hat failing to invoke traditions that he thinks still exist.

But while the ignorance decades ago about Asian food and culture in America was clear to me, the true origin of the cookie wasn't. I've always known that fortune cookies were an American invention, and that no one knows what the hell they are in China. In the film, they even said people in China who are offered the treat unknowingly eat it like a regular cookie, paper and all.

But the cookies aren't just American. They're Japanese American. While the Chinese-run Hong Kong Noodle Company claims to have been the inventor, it was actually invented by a Japanese baker in the early 1900s.

When the filmmakers brought the cookies to China, people didn't know what to make of them.  When they brought them to Japan, people knew what they were, and knew they evolved from sembei, Japanese rice crackers.

Possibly the most edifying part of the film for me, however, was watching the cookie-making process, including batter mixing, griddle machines and fortune writing and printing. Each company had their own method. The noodle company used a big machine to make several at once, and the Japanese bakeries used individual presses. And the fortunes aren't all written by an old Chinese guy. One fortune writer is a girl in her 20s working at her dad's fortune printing business.

Another fun fact I learned from the film: P.F. Chang really does exist! I'd heard about the company (and one of my old coworkers used to call me P.F. Chang as a joke), but I thought P.F. Chang was just a name. A gimmick. A quick Wiki check tells me it's actually the combined names of two people, including one named Paul Fleming.  In "The Killing of a Chinese Cookie," they interviewed the other half, Philip Chang, who told us what he thought about the fortune cookie and its place in Chinese American culture. He seemed like a reasonable guy.

Althea Chang, a freelance writer/contributing editor for Hyphen, is guest-blogging.

This blog entry is graciously sponsored by Toyota Matrix. Check out their Director's Chair website dedicated to the best in Asian American film. 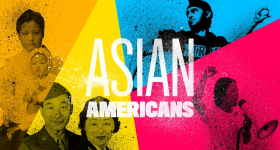 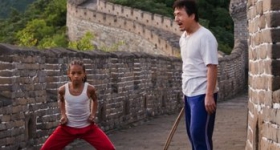 'The Karate Kid' is Worth Seeing

2010 SFIAAFF Reviews: 'The People I've Slept With' and 'Make Yourself At Home'

Asianmommy wrote on Sat, 07/19/2008 - 6:39am
Sounds like an entertaining movie. I read the Fortune Cookie Chronicles. It's a funny book--a really interesting look into the origin of American "Chinese" food.
lxy wrote on Sat, 07/19/2008 - 6:54pm
Yeah, it's funny how many Amurikans still believe that fortune cookies are "Chinese."That's like saying French Fries are French--when in fact the name is derived from the manner in which potatoes are sliced (i.e. French cut).
Harry wrote on Sat, 07/19/2008 - 7:15pm
Speaking of Jennifer 8. Lee, she'll recount her search for the best Chinese restaurant outside of China and a list of some of her favorites in the Road Trip Issue of Hyphen, which hits the streets in August.
Tippytop wrote on Sun, 07/20/2008 - 6:10am
Aww. I wished I knew about the showing of this movie. Currently, I'm reading the book and would really have appreciated the opportunity to see parallel material.