Or rather, Chinatown's coming to Grand Theft Auto. I guess there will be a new GTA game called Chinatown Wars that will be released by Rockstar this winter for the Nintendo DS.

Okay, first of all, I have to admit that I have only played Grand Theft Auto about once in my life, so I'm probably not the best person to comment on this. I am truly out of touch with what's new these days, have never played Wii or Guitar Hero or all the popular games that cool, nerdy kids (er, adults) play these days.

But when I heard about "Chinatown Wars!!!" (thanks, Bao!), I was like, oh noooo. I wonder what this is gonna look and be like. And the plot is around some Triad beef. Fun times. So people will be able to pretend like they're some badass Triad members or cops (can you be a cop on GTA?) or whatever and beat up on people, run over elderly Asians, go to massage parlors, then beat up some more people. That's what I'm envisioning. Bad. And the title (complete with chinky font!) just sounds bad: Chinatown Wars.

I associate GTA with high school students I used to teach, because this was one of the most popular and most talked about games, like, ever, among my freshmen. In fact, I played it just to see what it was like, and was kind of sad and horrified at the same time. Not to say that I don't think students are smart enough to separate reality from a video game, but it was still sad thinking this was what they thought was fun. But then another part of me was like, "eh."

For people who play video games and Grand Theft Auto and know about this whole culture, what do you think of this next incarnation of the game? Fun times? Or bad chinky font? 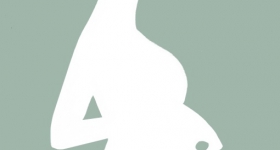 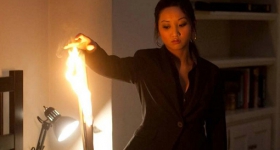 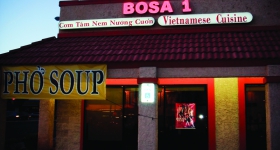 Anonymous wrote on Thu, 09/11/2008 - 2:28am
I caught a snippet of the current GTA the other day as my boyfriend was playing it. There was a mission set, I dunno, in a Japanese restaurant? There were tatami mats. And rice paper walls. And voice actors doing REALLY BAD "herro?! I Japanee!" accents.Brace yourselves.
Bao Phi wrote on Thu, 09/11/2008 - 9:38am
Thanks for posting, Momo.Well, in a series not known for, er, racial sensitivity in its representation, Asians in GTA have been pretty bad in particular. Not only are they stereotypical in GTA, they're never the main characters - they're around for white (or in one case, Black) characters to beat up, exploit, etc.Unfortunately, this is generally true of much of the video game industry, where even games from Japan seem to replicate the same white guy/caucasian characters/etc that are popular in the western game industry.Anyway, in terms of Chinatown Wars - who knows? But I don't have high hopes, to tell you the truth. I'm not asking for PCness, just some depth - and that's something that Asian Americans are rarely given in any form of pop culture, let alone a GTA game.
Anonymous wrote on Thu, 09/11/2008 - 11:05am
Go back to teaching, Rockstar are more talented that you will ever be. -- Mr Noob
Momo Chang wrote on Thu, 09/11/2008 - 12:03pm
yeah, i guess it's hard to ask for much in terms of race representation in video games. it is ironic that the games made in Japan are just the same. aren't there Asian kids in Asia who play these games? or is the u.s. the primary market? and aren't there a lotta Asian/Americans who work in this industry? sad. it's all about making money, i guess.Mr. Noob: wow, thanks.
Anonymous wrote on Fri, 09/12/2008 - 2:52am
GTA is mostly popular in North America and Europe. It doesn't sell as well in Japan. In general, shooter genre game sales in Japan are very low. Since gun control is prevalent in Japan, shooters offer very little interest to Japanese gamers. Instead, JRPGs seem to be the most popular genre.Anyways, I've found GTA entertaining at first, but I knew what to expect from reading reviews and ratings about the game. Some people find entertainment value in virtually committing acts they wouldn't do in normal life. It's a personal preference and not everybody is going to enjoy it, but it does sell tens of millions. As for me, the series has just become formulaic and repetitive. I don't feel it's worth buying a game and doing missions you've done before in previous games of the series. In that sense, Rockstar has just become lazy and is milking its consumers with retreaded material for the next generation of consoles.Obviously, since corporations run the video game industry it's about making money, but running a gaming studio is no fly-by-night operation. Most of the producers, designers, and programmers that I know are in the business because they sincerely enjoy the industry, and it's a pretty competitive field to get into. Sure, money is a big reason to get into the business but there are other fields that don't require as much experience and effort to break into which could get you similar salaries.The sad thing is that GTA gets hyped and outsells games such as Okami, ICO, Shadow of the Colossus, and other gaming masterpieces.In the end, people play video games as an escape from reality, so you're not going to see your model Asian engineer or scientist solving complex equations mixed into an action shooter storyline. It just doesn't work that way. Really, if they somehow were to blend archetypal Asians, would it even make the news? Probably not.I'll reserve judgment until I can get more info about the new game or at least rent it. Asians with gangs and guns? It could be fun, but then again it depends on the acting. Similarly, Stranglehold, a John Woo directed game with Chow Yun Fat didn't do too well. I'm really more interested to see if they can get the landmarks of Chinatown rendered well on my PS3. If people are speaking fluent Cantonese, Mandarin or some other dialect would that validate the game more? Maybe. It just means they did their homework in developing a game with more detailed realism. But if they're speaking Chinglish are they attacking Asians or just being lazy developers? Stuck between giving them proper English-speaking voices and authentic Chinese dialects.
Anonymous wrote on Sun, 09/14/2008 - 1:45pm
Like Bao says, it's not a series known for racial sensitivity. In a general sense the problem is that it's a story about crime, so everyone in it is either a victimizer or a victim. There aren't many positive portrayals of anybody in these games. I mean, how fair is "The Godfather" to Italian-Americans?