UC enacted the policy a couple of months ago, but an Associated Press story published Friday put it back in the news.

"I like to call it affirmative action for whites," Ling-chi Wang, a retired Asian American Studies professor at the University of California, Berkeley, told the Associated Press. "I think it's
extremely unfair to Asian Americans on the one hand and
underrepresented minorities on the other."

That's a bold statement, and if the projections of fewer Asian American and more white students are true, this will surely become a contentious issue for years to come. Get a flavor of this in the comments on SFGate.

UC says it's trying to widen the pool of applicants, and perhaps, to get around slyly a state law that forbids the use of race as a factor in admissions. But, as the article says, it could also be an effort to cut down the number of Asian Americans. If you're the group getting cut out, naturally you're going to feel it's unfair. There are many who would downplay this because of the perception that Asian Americans, already so numerous at UC, don't need any affirmative action, stealth or not.

California voters passed Prop. 209 in 1996, a constitutional amendment that prohibits state institutions from considering race, ethnicity or gender in employment, education or contracting. Taking race out of the equation in higher education, especially for coveted undergraduate spots in the UC system, has increased the numbers of Asian Americans at the expense of other groups. Do we want that?

Do we want 40 percent of UC's undergrads to be Asian American? Do we want 40 percent to be white or black or Latino or any other group? I think not, but at least here in California, we seem to be creating policies that make it happen. Given that, would you vote for Prop. 209 or something like it? 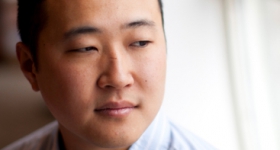 Jebidiah wrote on Sun, 05/03/2009 - 6:59pm
Yeeeah! White Power!
just your typi... wrote on Mon, 05/04/2009 - 11:27am
Don't worry, guys. Ultimately, since we know what the new rules are, we'll just play the new game. Just as well as we have the old one.
momo wrote on Sat, 04/25/2009 - 10:33pm
this is somewhat tangential, but i wonder what percentage of California's college-aged population is Asian American. i bet you it's higher than 12 percent. i understand why an article would use a general population percentage for reference, but it's not totally accurate when we're looking a specific population -- undergraduate freshman applicants.also, either i am reading this incorrectly or wasn't aware of this:"Under the current policy, students have to rank in the top 12.5 percent of California high school graduates to be eligible."
Keilexandra wrote on Sun, 04/26/2009 - 4:19pm
Not just the college-aged population, but the college-READY population.Admittedly that just pushes the blame backwards, but I believe the underrepresentation needs to be addressed much earlier than discriminatory college admissions. (Because any policy that considers race for any purpose is, by definition, discriminatory.)
Michael Nguyen wrote on Mon, 04/27/2009 - 10:38am
Must...resist...urge to explain..."discrimination"...within...existing...power schemes...must...not...explain why...looking up the word "discrimination"...in the dictionary...probably not...good...way to start off...discourse on....complex...social phenomena...
Alvin wrote on Thu, 04/30/2009 - 5:18am
Looks like California just regressed back to what the rest of the country practices, which is impose higher bars on Asian American applicants for the same chance of admission as any other applicant group. Next time a White male complains about affirmative action, remind them that AA men face the most competitive barriers (even more than White males) and systemic discrimination than any other American.