In Other Rooms, Other Wonders (W. W. Norton & Company)
By Daniyal Mueenuddin
Mueenuddin's debut collection is set in the complicated universe of a Pakistani landowner. The eight connected stories feature everyone from a valued electrician to a young Pakistani man in love with an American woman. With comparisons to Chekhov and Flaubert, Mueenuddin's book was one of the most celebrated of the year.

Once the Shore (Sarabande Books)
By Paul Yoon
Another collection of interconnected stories -- this one set on a small South Korean island -- won much acclaim this year for its lyrical and powerful stories, which span some 50 years and deal with loss and war.

All that Work and Still No Boys (Iowa University Press)
By Kathryn Ma
The first Asian American to win the illustrious Iowa Prize in Short Fiction, Ma breathes vigorous life into a menagarie of fiesty Chinese American characters who are confronting the long arm of cultural traditions and the pain of immigration and assimilation with pitch perfect subtlety. [Check out a profile of Ma I did for Fiction Writers Review here.]

Leaving India: My Family's Journey from Five Villages to Five Continents (Houghton Mifflin Harcourt)
By Minal Hajratwala
Bay Area-based writer Hajratwala traces her family's history of migration from India to all parts of the world and, in turn, tells a larger story of diaspora and global history -- including her own story of coming out.

In Hanuman's Hands (HarperCollins)
By Cheeni Rao
A fascinating personal story that weaves together family history, Hindu mythology and the powerful details of addiction and redemption.

Behind My Eyes (W. W. Norton & Company)
By Li-Young Lee
Lee's fourth collection features simple, sweet, humorous poems that address issues ranging from immigration policy to the love between a husband and a wife.

Through a blend of voices and rhythms, this novel in poems tells us of the life and travels of Xiaomei, a young immigrant girl who is discovering her sexuality and history. Another gem by a Hyphen contributor!

Skunk Girl (Farrar, Straus and Giroux)
By Shebha Karim
Through 16-year-old Nina Khan, Karim explores the usual teen woes but through a Pakistani American lens. Not only is Nina dealing with being hairy, but also dealing with her strict Muslim parents. A hilarious and touching debut.

Secret Identities: The Asian American Superhero Anthology (The New Press)
Edited by Jeff Yang, Parry Shen, Keith Chow and Jerry Ma
An ingenous collection that puts a comic and superhero take on Asian American issues with interesting results like Hiroshima victims recruited for their mutations and a dry cleaner specifically for superhero costumes. 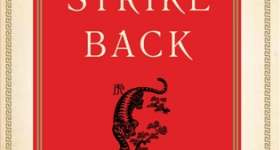 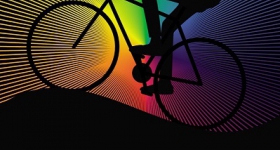 yellowperil wrote on Sun, 01/10/2010 - 4:57pm
hi folks, i don't think kathryn ma was the first one to win the short prize in fiction; it was sohrab fracis wasn't it? just making sure we give credit where credit is due
Neela wrote on Sun, 01/10/2010 - 5:05pm
@yellowperil: You're right! That's interesting ... Sohrab Francis, though born and raised in India, is definitely living and writing here now. This brings up the complication about when someone really "becomes" Asian American. Is it when they move to the US, is it when they themselves identify? What do you think?
Sohrab wrote on Wed, 02/10/2010 - 12:44pm
Thanks for the credit, yellowperil (I sense a story behind that nom de plume :) . And thanks for acknowledging it, Neela. Here it is, from the horse's mouth ;) . There's no complication: I'm Asian and an American citizen (since a couple of years before Ticket to Minto: Stories of India and America won the Iowa back in 2001). So I'm Asian American by any definition -- and proud of it. For years, the bio page of my web site (www.fracis.com) has led off with this cautiously worded statement: "Sohrab Homi Fracis is the first South Asian author (and probably the first Asian) to win the Iowa Short Fiction Award...." It was hard to tell for sure from the list of award-winners, since some Asian names can sound pretty mainstream.
Vinnie wrote on Wed, 12/30/2009 - 10:54am
I'm surprised "I Love Yous Are for White People" by Lac Su didn't make this list since it received a glowing review from Erin of Hyphen.
erin wrote on Wed, 12/30/2009 - 11:59am
good point! thanks for the reminder, Vinnie. here's #11: http://www.hyphenmagazine.com/blog/2009/10/lac-su-i-love-yous-are-for-whi.html