Bambu Featured in The Mixtape Show

I won't lie. Personally, I am all about the random Asianspotting,
so I may be in fact guilty of what Dex is saying. Just the fact that a
rapper, a designer, or an actor is Asian American makes me pay that
much more attention because in a sense, they are sort of representing
me, whether I like it or not. (And whether they like it or not.)
Seriously, I get told that I look like Lucy Liu all the time, and to
put your mind at ease, I look nothing like her. However, just because
someone is Asian American making noise doesn't mean that the noise they
are making is automatically good. In a way, I am even more critical of
these people because they carry the burden of an underrepresented, and
often misrepresented community.

At the same time though, I do
get excited, and I understand the excitement of seeing someone who
looks like you, simply doing it. This is especially from the eyes of
the younger generation searching desperately for role models in this
day and age. For many people, it comes down to the simple idea of hope,
and breaking barriers. So to plug someone who looks like you, doing
what you wish you could do, is it all that bad?

Let's take
Hyphen for example. In the world of Asian American publications, I'd
say that we're pretty decent, not to toot our own horns or anything.
But when you're run entirely by volunteers, putting out three glossy
magazines a year, as well as a website and events, I'd say that's
pretty darn good. But in the world of magazines and publications, how
do we compare? Are we up there with The Economist, or The New Yorker?
Are we even close to, let's say Vanity Fair? Of course not. We are
trying our best, but we know that we have a long way to go. Does that
mean that Hyphen shouldn't deserve any attention for being an Asian
American magazine? Does it mean that if people purchase Hyphen simply
because it's an Asian American publication, that people are patronizing
us? Maybe. I mean, many people first pick up Hyphen, because it is
an Asian American publication. They assume, or trust, that what we
write about is going to resonate with their own identity, as diverse as
they come. But many of our loyal subscribers stick with us because they
know that we're not just an Asian American publication, but that we
look at the American experience from an Asian American perspective, a
perspective that hopefully is aligned with theirs.

I guess I
am sort of torn, because I agree with Dex to a certain extent, but I
don't wholeheartedly agree, because I've felt that excitement before
when an Asian American [fill in a profession] came out onto the scene.
In the end though, I might give people an extra glance because of their
ethnicity, but they better keep the goods coming if I am going to
continue supporting them. 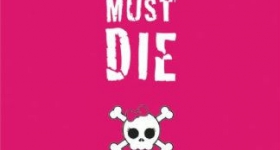 dex digi wrote on Wed, 11/04/2009 - 11:42am
I'm not sure why I'm just now coming up on this, but a couple things:1. I'm sort of honored that Hyphen would actually bother to write on my show. Seriously. I've been checking the site forever and am a fan of what yall are doing, so even being criticized on this platform is humbling.2. LisaLee pretty much says a lot of what I was trying to say myself, but says it better and more concisely. I'm not so sure why I wasn't able to string together a proper sentence when I recorded that show, and I still don't have any answers for the questions raised there and in this article, but the author's logic makes a little more sense than mine did. Thanks.