The Great Melting Pot: "Edging" Us out within Interracial Families

[Sprinkle] lacks any kind of sincere introspection.
Basically, she has fallen in love with a man who is Colombian but her
main goal is to avoid having to integrate her self identity in a way
that might threaten her white privilege...In trying to shield her
daughter from identification with a part of the young girl's self, she
is sending a pretty clear message about what is important,
valued/valuable. There is a distinct racial hierarchy being taught. A
lack of race analysis also is problematic because, like it or not, as
the mother and wife of people of color, she is a part of a multiracial
community. She scrambles to use her money and whiteness -- assets
without intrinsic value -- to protect her daughter from her own
culture and affirmative race consciousness -- assets
that do have intrinsic value.

Many who have commented on Sprinkle's narrative, including Lim and
my friend Megan, focus on the potential effects of such prejudice on
the child, but as I was reading the article, I kept thinking about how
Sprinkle's husband fit into the equation. She tells us that he is a
Colombian immigrant who seems to have some classed ideas about the
Spanish language, but apart from that we don't get to hear from him
very much -- and we never get to hear his perspective on her
determination to raise their daughter as mostly-white with just a touch
of the exotic.

I'm kind of fascinated by this, because it's new to me. Though I grew
up in a similar environment, it was my Filipina mother who tried to
cultivate my whiteness (not my white father), in part because having an
"Americanized" child served as status symbol for her. While I don't
agree with it, I suppose I do understand her compulsion. However, the
concept of the white parent insisting on "edging out" the child's
non-white identity is almost too much for me to comprehend...almost too
imperialist to be real.

I've always appreciated interracial relationships because I thought
they were a real and meaningful illustration of our great multiethnic,
multicultural society, but Sprinkle's article has made me rethink that
a bit. Specifically, I started wondering (dramatically and
hypothetically): What happens if, in mass numbers, our white partners
begin to "edge out" our cultural heritage(s) because they, like
Sprinkle, recognize the benefit of privilege and find it more expedient
to play into the system rather than challenge it (for the sake of the
children, of course!)? And thus, what we used to define as "racism"
becomes nothing more than "pragmatism."

It puts me in mind of an article I read in the Washington Post
recently which asserted that a recent decline in interracial marriages
is due to a desire among the US-born children of immigrants to marry
people of the same ethnicity. The article suggests that, despite
conventional wisdom, greater immigration generates a greater desire to
partner with people who share a similar cultural heritage. It certainly
makes sense, but after reading Sprinkle's article, I can't help but
wonder if a prevalence of prejudicial attitudes like her's might have
something to do with our generation's newfound preference for partners
from our own (or similar) communities.

In the end, though, Sprinkle's ideas about race and privilege probably
shouldn't be that surprising to me (or any of us). After all, her
approach to childrearing is perfectly consistent with our Melting Pot
ideal, a metaphor which we've been squawking ad nauseum since Obama was
elected. We just don't seem to realize the truth of that metaphor: that
a "melting pot" isn't about diversity or inclusion but about
homogeneity, about heterogeneous groups melting into the dominant
culture rather than enriching it. 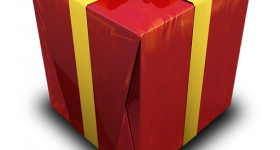