Chung, who grew up in rural Arkansas and studied biology at Yale, has since been nominated as "Someone to Watch" by the Independent Spirit Awards. Before making Munyurangabo, he and his associates taught a filmmaking course in Rwanda through a humanitarian organization. Local youth who had participated in the class were employed as crew members during Munyurangabo's shoot.

This is the first film to be shot in the native language of Kinyarwanda, and features a cast of nonprofessionals who were filmed in about two weeks. A review from indieWIRE discusses how the backgrounds of Korean American director Chung and white American co-screenwriter Samuel Gray Anderson may be perceived, due to the story's subject matter:


Cynics will undoubtedly sneer at Chung’s project, seeing in it nothing but exploitation by a privileged interloper: How presumptuous of a westerner to even think of offering such a “gift”! But such complaints are blind to what’s onscreen and bespeak a narrow-mindedness that’s inimical to art, not to mention at odds with the openhearted spirit that underpins Rwanda’s halting yet hopeful steps toward reconciliation...What Munyurangabo does reveal about Chung is a finely calibrated feeling for cinema as both advocacy and art. Chung sees no need to sacrifice one for the other -- indeed, he appears to view the two as complementary. It’s an alchemy that, when it really works in Munyurangabo, approaches something close to grace.

I'm glad indieWIRE brought this point up, as I'm sure it's a frequently asked question whenever a director of a different race puts a very specific racial or cultural group in front of the camera. Mostly, we see this in the context of a white director at the helm of such projects. Even when the films are critically acclaimed (i.e. Terry George's Hotel Rwanda or Danny Boyle's Slumdog Millionaire), sometimes that question still nags: "How different would this film be if the director were a person of color?"

In the case of Chung and fellow festival darling Cary Joji Fukunaga -- whose film Sin Nombre follows young Hondurans and Mexicans on their trek to the US and also made a strong impact at festivals this year -- the question may be re-phrased as: "They're of color, but are they the right shade?"

I personally think that any director with enough sensitivity (and nary a hint of a savior complex) can successfully chronicle the plight of an oppressed or under-represented people. Perhaps Chung and Fukunaga signal the emergence of more Asian American directors who are expanding on their storytelling vision and choice of subject matter. The complex position of Asian Americans in racial politics -- which often leaves us dangling between issues that focus on black and white -- may give filmmakers a perspective beneficial to capturing stories of those within and outside of Asian American communities.

For those of us who missed Munyurangabo when it made the festival circuit rounds, we're in luck. The film's distributor Film Movement has the DVD available for purchase on their website for their subscribers. Sales will be open to the public on October 6, 2009. 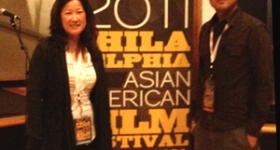 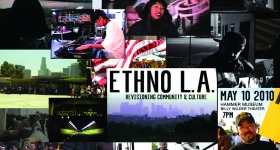