Small Press: Kenji Liu, 'You Left Without Your Shoes'

Liu is the author of the chapbook, You Left Without your Shoes, to be released in October by Finishing Line Press. He sent me some very lovely sample poems from the chapbook; in "Pink," Liu writes of the loss of his mother:

This poem is quite good, very well-paced, and well-placed on the page. His line breaks and indentations are interesting to me; they seem to help him temper the sentiment in his poems, which are intense, but well-contained. He uses chunks of white space to accentuate absence and loss. He has a very nice way of prompting the reader to dwell and meditate on certain words and images -- "still," "you," "dive" -- and these images are quite visceral. We leave this poem with that loss lingering.

Liu also writes evenhandedly about the impacts that migration, colonization, imperialism, patriarchy, racism and class -- by and in China, Taiwan, Japan and the US -- have had on his family, and by extension, him. In "Letter to Myself as a Newborn," he writes:

Document in my hands. Gold foil embossed. Baby and a bowl cut.

Even newborns have papers. A bureaucrat's pen is an axe, is a wall.

Like the dead, he has a country but no shoes.

I try to remember what matters. What time will his feet become mine?

Down the street, a war temple built with stolen trees.

What is the opposite of yes when no is forbidden?

While we have to work a little bit at figuring out what's going on in this poem, I wouldn't call it subtle; the images he gives us are vivid, troubling -- the "bureacrat's pen is an axe" the dead who have a country but no shoes, "war temple built with stolen trees." The sentiment of the forbidden no is equally troubling. The place he describes is one of repression.

When I asked Liu about balancing poetic craft and political concerns as an Asian American poet, we talked about the importance of poetry workshops, and especially The Voices of Our Nation Arts Foundation (VONA), as he crafted the chapbook. Here, I think it's better to let Liu speak for himself, which he does intelligently and self-critically:


VONA has been a wonderful place for me to grow as a writer. Perhaps ironically, since it's a setting for writers of color to develop their writing, racial or ethnic identity has become less of an interest to me because I don't have to be defensive about it. I've been able to explore other issues that I probably put in the background because they were harder for me, for example patriarchy and heterosexism.

I definitely want to credit Suheir Hammad, whose workshop I took twice -- once before and once after my mother's death -- for giving me the push to believe that I was ready to create a book. I owe a lot to her confidence in me, and the other poets in her workshops with whom I formed strong bonds.

It was due to her workshops and my education in postcolonial frameworks of thought that I began to move beyond writing from an identity politics point of view. I mean really, how many "I am yellow, hear me roar" poems can one person write? To be clear, I see nothing wrong with these kinds of poems. But at a certain point I realized that was too simplified, and that I was telling and pontificating, focusing on the razzle dazzle, but not really showing or describing.

The task then became, if I had to write about an experience, but I couldn't use the words Asian, American, yellow, oppression and all the other words that I have used out of convenience - then how would I describe the experience? What are the details -- the touches, tastes, smells, images, evocations -- that I would have to look for? How would I make myself slow way down and notice that my corner of "the Asian American experience" (if there is one, which I doubt) isn't just about pumping my fist in the air or longing for my "homeland(s)," but also about wet summer nights in suburban New Jersey?

Kenji C. Liu's You Left Without Your Shoes is forthcoming in October from Finishing Line Press.  Advance sales of the chapbook are ongoing, and it ships starting October 2. It is available to order online at www.finishinglinepress.com. For updates and more information about the release party, readers can check his blog at http://liusan.wordpress.com or join his chapbook's Facebook group. 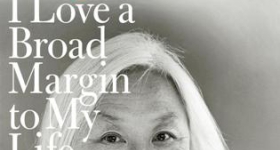 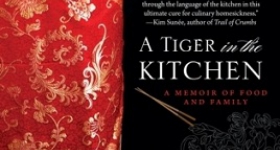