Live Chat and performance with Dawen and Macy Gray

R&B musician Dawen will be streaming live on the web on U-Stream with Macy Gray.  Dawen will perform some covers, take audience questions for Macy, and giveaway some CDs.

The 28th SFIAAFF is North America's largest showcase for Asian American and Asian films. This year's festival is happening in SF, Berkeley, and San Jose, and will present over 120 works spanning all genres. Complete schedule and ticket info here.

"Out of Place" Art Riot Extravaganza "Out of Place" is a group show featuring nine cutting-edge artists who are "borderless" in terms of subject, style, and imagination. Includes a live team art battle, live music by DJ Zaion, vegan baked goods by Black Orchid Bakery, and a free swag bag to the first 25 people. More info and artist lineup here. Proudly sponsored by Hyphen and the SF ZineFest. Tze Chun's critically aclaimed film Children of Invention will have a limited run in New York City and LA. Two young children are left to fend for themselves when their mother is arrested for taking part in an illegal pyramid scheme. Giant Robot hosts the opening of  "Patchwork", a group show in which contributors submit squares of artwork on fabric to creat a collective "quilt". Artist preview pics here. Exhibit runs through April 7, 2010.

Enjoy a day of free fun at the JANM. The theme for this month is "clothing", with an exploration of Japanese immigrant textiles, a children's clothing swap party, and an origami corner. Complete info here.

Join other progressive APAs for a networking and empowerment dinner. For upcoming APAP events in other cities, check here. "Tibet in Harlem" is the second annual series of Tibetan and Tibet-related films at the Maysles Cinema in Harlem. This year's program showcases rarely screened documentary and fiction films by some of the most well-known Tibetan and Chinese filmmakers working in Tibet today. Panel discussions, live performances, and receptions to follow most screenings. Screenings are a suggested donation of $12, with all proceeds contributed to NGOs and organizations working in Tibet. Schedule here; tickets here. Karaoke-crazed? Croon and compete your way to glory and fabulous prizes at the 3rd Annual Asian American Idol on April 1st, a fundraiser for the Coalition for Asian American Children and Families. Open to people of all backgrounds and skill levels; no prior karaoke experience required. Registration is $20 here. Registration deadline: Friday March 12, 2010.

The Women of Color Policy Network has launched their latest initiative "Lead the Way", which provides support and training for women of color mid-level managers and emerging Executive Directors in the nonprofit sector. A cohort of 15-20 fellows will be selected to attend an intensive five-day leadership retreat (Miami: July 13-18 for Execuitve Directors; July 27-August 1 for managers) with some of the country's leading experts on nonprofit management. Download an application packet here. Application deadline: May 24, 2010. 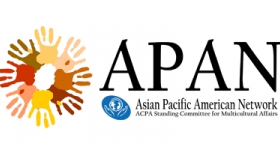 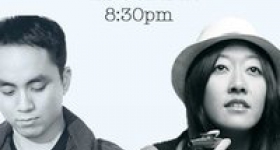