In the spirit of mockumentaries such as A Mighty Wind and Finishing The Game, Director Chil Kong's The Mikado Project follows a rag-tag theatre troupe as they struggle with racial politics, artistic egos, and paying the bills. The Angry Buddha Company, which typically stages "out of vogue" protest theater, is faced with an an eviction notice and imminent closing. To boost ticket sales, artistic director Lance Liu (Allen Liu) decides to mount an all-Asian American production of Gilbert & Sullivan's 19th century very white, very racist operetta The Mikado. And to "give the (white) audience what they want," Lance is determined to keep the musical true-to-form, with yellowface, geisha girls, and all.

Lance unsurprisingly is met with resistance from his cast members, who resent the blatant stereotypes as well as Lance's insistence that this is an effective method to re-appropriate them. Can they succeed at using the master's tools to dismantle the master's house? Hilarity ensues! I was annoyed that "the only white guy" character (Gerald McCullouch) -- Angry Buddha's musical director and Lance's ex-lover -- still rescued the potential trainwreck by giving the Asians a righteous and enlightening talking to. In fact, during the Q&A, Chil Kong said he thought it was appropriate to make the white guy "the bullshit caller" for "all these Asians running around and don't know what's going on." Not sure I -- or the audience -- agreed with that one.

The Mikado Project was originally performed as a play with Chil Kong's Lodestone Theatre Ensemble, which recently closed after 10 years. The film adaptation features a multi-talented cast including Tamlyn Tomita, Broadway musical star Raymond J. Lee, and even Kaba Modern's Yuri Tag. The Mikado Project also provides a glimpse into the lives of API actors who've tried to succeed in a race-biased industry. Many of the lines in the film were pulled directly from the writers' and cast members' experiences being racially pigeonholed or passed over. For me, most interesting was the post-film discussion, during which Chil Kong described seeing a 2006 production of The Mikado in New York City: still with a yellow-faced, all-white cast. And as a kicker, one of the actors pulled his eyes at Kong & Co., the only Asian faces in the audience.

While the choppy transitions were distracting and some of the jokes fell flat, overall The Mikado Project was an entertaining film that plays with the space between re-claiming stereotypes and fulfilling them. 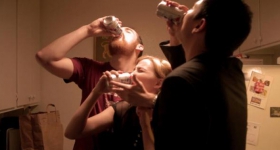 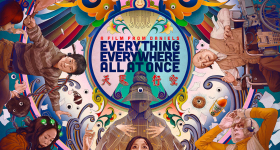