With the London 2012 Summer Olympics just around the corner, Britain’s national tourist agency has issued an etiquette guide to help its notoriously persnickety citizens to welcome tourists.

While I’m sure the etiquette guide was written with the best of intentions, some of the culture clashes that VisitBritain is seeking to avoid read like a hilarious list of national stereotypes. Judging, anyway, from the information that I’ve been able to glean from other news sources. Sadly, the guide is an online database available to people in the tourism industry and I am not one of those people. But consider the following (my comments in parentheses):

Sage advice, VisitBritain. More than anything, I think it’s very revealing of the cultural mindset of the British. I can’t help but wonder that the US tourism agency would’ve done in 2016 had Chicago won its bid for the Olympics. What would even pass as an etiquette guide in the US without sounding out-and-out racist?

Here’s what I’ve managed to come up with: 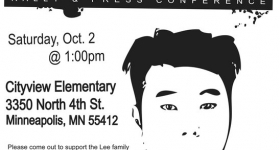 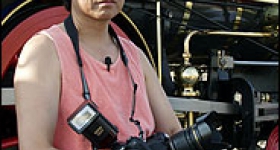 cDonna F wrote on Tue, 08/24/2010 - 3:43pm
You can find some amusing and thought-provoking advice for foreign travelers in the U.S. Travel Guide at Trip Advisor. In contrast to the Ugly American image abroad, The People section says

Do not arrive into the USA with pre-conceived ideas of what the people are like. Be courteous and polite with Americans and you will see they are the friendliest and most generous people you could wish to meet.... Make your own choices about people and you will soon make lots of new friends. Americans might have a few misconceptions about foreigners-tell them how you do things. Many people you meet may not have been out of the U.S. at all....  However, they usually love talking to foreign tourists and will be delighted to learn about other cultures. Take care what tone you use when comparing your home country to theirs, however, as some may take this as criticism or snobbishness.  Some things Americans do may be a bit offputting to folks from other cultures, at first.  They are very curious people and, especially among the less educated, they sometimes ask inappropriately personal questions.  Usually no harm or criticism is meant.

So, we may be rude and ignorant, but we don't usually mean to be. There's also interesting info on U.S. Politics (better not talk about it); Food and Drink (although I've lived in the Midwest all my life and never heard of "Persimmon Pudding") and a link to an article on Cuisine ("American cooking is hard to define," LOL!).  Important Phrases include an explanation of what the heck the temperature in Fahrenheit really means. The section I find the most mind-bending is about Customs, Habits, and Etiquette, especially the solemn discussion of rude gestures--how to make them and what they mean, and the Things to Avoid (general): It seems to me most people don't take too kindly to constant criticism of any kind.