Back in the day, when Hyphen was just starting, Angie Myung was a volunteer graphic designer who helped us create an early version of our website. Soon though, she moved to Los Angeles with her then-boyfriend (and now husband) Ted Vadakan and launched Poketo, a company that creates limited-edition, art-driven wallets, accessories, apparel and house wares.

Today, Poketo has worked with 200 artists from around the world to create their products. This month, the duo launched a 52-piece collection at Target, following in the steps of a few other Asian American designers who have teamed up with the retail giant. (Remember Eugenia Kim?) While we checked out some of the products, we didn't get a chance to catch up with our old friend Angie until recently. Angie chatted with us this week just as she was returning from a trip to New York to meet Poketo fans.

How did you get hooked up with Target?

They were interested in us, and we went out there a year and half ago to Minneapolis. It took a while for them to get back to us, but when it happened, it happened quickly.

It was nerve wracking at first. We just started talking about our brand, our mission, the community and everything. And I think they were taken with the idea of making art affordable, and how we started. It was a first for them to collaborate with such an indie brand, and such a small company. Maybe they just saw there was potential. I'm sure they're not unaware of the DIY indie movement. How did you decide which artists to work with for this collection?

That was really difficult. We wanted to work with everyone. … Usually when you see a big box creation, it's mostly one or two artworks that they repeat on all sorts of different products. That's not what we wanted to do. One, it's boring and two, it's different from what we do. We have so many designs. We wanted our variety of designs, and we wanted to have a boutique feel for our collection. That's exactly that they wanted, so we were in agreement, though logistically, that was more difficult to do. … Narrowing down the 200 artists we’ve worked with to 21 -- that was the hard part. We kind of figured, these are the things we want to make, and these artworks would be really great.

Were these new designs or artworks you had already produced?

They were taken from our archives. We weren't given too much time. It was like we needed to turn in everything tomorrow.

How long did it take?

The whole process took probably less than a year. Maybe nine months? Which is actually really, really short, considering the amount of back and forth. … There are things you normally wouldn't see in the marketplace, like the laptop case. I really love it. I'm proud of it because it's totally different from a regular zip up. You fold it up, and it provides great cushioning. The bags have the right pockets, big and small. I really love the utilitarian aspect of all the designs. They're not just pretty to look at, but are really useful. I'm really happy that they were really interested in what we had to say and kind of gave us freedom to create whatever we wanted to. Around the same time that your collection debuted at Target, news broke that Target had donated money to MN Forward, which supports Minnesota Republican gubernatorial candidate Tom Emmer, who has vocally opposed same-sex marriage. What is Poketo's response to this?

We don't agree with their donation. I haven't really had the time to do full research. I've heard different things: that they didn’t know [that the money went to support Emmer], that they did know. It's unfortunate and we don't agree with their stance. ... I do know, on the other hand, that they do give a lot to charities. Five percent of their profits go to schools, arts and education. If you go to Minneapolis, you see all these arts organizations have Target signs everywhere. The arts basically thrives in Minneapolis in part to Target. … We've had some comments here and there, but the majority of people who emailed us are really thrilled we're getting our artists out there and exposing our brand to a wider audience that we couldn't have done on our own.

Like Hyphen, Poketo started because you wanted to create a community, not because you necessarily wanted to start a business. What's the story behind how Poketo got started?

When we lived in San Francisco, we were having a lot of fun having art shows. One time we decided we should just make something, have them for sale, and see how that goes. We never expected it to be a job. We thought, maybe it would be fun, maybe we will make a few extra dollars. We never thought it would turn out to be anything.

We decided to move to LA and because we didn't have anything [jobwise], we focused more energy on Poketo. When we moved to LA, we lived with Ted's parents for a year. We were living in a tiny house in Long Beach. We had one room that we lived in and worked out of. Soon, we took over their whole house. There were boxes in the hallways, in the garage, everywhere. We had to put boxes in a van in the driveway because we were running out of room.

Then we started making T-shirts. Then we said, let's do house wares and accessories. It just grew from there. It was very organic. We never wrote a business plan. We never thought we'd start a business. It was accidental and we kept going with it. … We caught a good wave, because when we started, the indie crafts movement was just taking off. Looking back, I think that's part of it. It was before Etsy. Now there are so many people doing it. We were one of the earlier ones with the idea of artist-made products. How it is like being a couple working together?

It's what we did from the start, as soon as we started dating. So that's all we really know. We don't really know how to do it any other way. Not to say it's not difficult. Living and working at home together was really hard. We would argue and it would carry over even after we were done. But having a separate place of work and being surrounded by other people, you learn to be more civil with each other. So that helped out a lot. But that's all we know. It's not anything we think about that much.

Check out Poketo's Target collection here on their website. And lucky you, they are also having a T-shirt sale right now, through August 27. 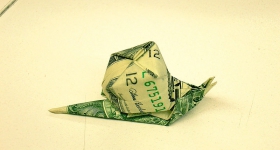 Jordana wrote on Tue, 08/31/2010 - 9:43pm
Although it looks like it's for more of a younger market, these designs are still quite appealing and fun!