Join Dr. James Zogby as he discusses his new book Arab Voices: What They Are Saying To Us, and Why it Matters. Dr. Zogby will address the importance of learning more and addressing stereotypes about the Middle East, especially in the wake of events such as the Texas Board of Education's efforts to reduce information about Islam and the Arab World in textbooks. More info and registration here. Help Hyphen reach their fundraising goal for the incomparable Mr. Hyphen 2010 event -- by attending their happy hour. Includes FREE drinks and munchies, and best of all -- and a chance to meet the Mr. Hyphen 2010 contestants. Attendees also receive 10% off sporting goods at Sports Basement. More info here. Come celebrate the very first Fred Korematsu Day, now an official day of recognition on the state of California for this civil rights icon. In 1942, Korematsu refused to go to the government's concentration camps for Japanese Americans. After being convicted of defying the order, he appealed his case to the Supreme Court, which ruled against him and sent him to the camps. 40 years later, Korematsu's conviction was overturned in a federal court on the basis of government misconduct. Korematsu remained an activist throughout his life, and after 9/11 filed legal briefs with the Supreme Court on behalf of Musliminmates being held in US military prisons without trial. Join this special evening with author Ed Lin, as he reads from his latest mystery novel Snakes Can't Run, which follows a Chinese American cop and Vietnam War vet who tries to bust snakeheads smuggling undocumented Chinese immigrants into New York's Chinatown during the 1970s. Followed by a dialogue with scholars Peter Kwong and Sukhdev Sandhu. More info here.

The 2010 Philadelphia Asian American Film Festival features a variety of features, shorts, and events -- including The House of Suh, Wo Ai Ni Mommy, a conversation with Greg Pak, and more. More info, venues, and schedule here.

The Worlds We Make: Gish Jen in Conversation with Billy Tsien Join author Gish Jen as she discusses her newest novel World and Town, which explores new starts and shifting American towns. In conversation will Billy Tsien, the architect behind the Neuroscience Institute and American Folk Art Museum. More info here.

Ma-Yi Theater Company presents Microcrisis, a new comedy by Michael Lew -- "a gut-busting look at what happens when scheming Wall Street bankers use the Nobel Prize-winning concept of Microcredit to ravage the world economy." Schedule and tickets here. Organization of Chinese Americans presents this professional development program to support the pipeline of emerging APA leaders. With opportunities to learn from and network with other leaders. More info and registration here.

Kollaboration is a nonprofit organization dedicated in providing a creative outlet and leadership opportunities to youth, with the mantra: Empowerment through Entertainment. Eight Seattle-area acts will showcase their talent and compete to win up to $1,000. With special guest performers Dumbfoundead & DJ Zo. More info here. This official launch party for the Asian Men Redefined 2011 Calendar marks the fifth Anniversary issue -- with photography by dannydan and benefiting the Asian Pacific Islander Wellness Center. The calendar will be on sale for $15 ($5 off from the regular retail) and the models will be there to autograph calendars!

ShangriLa at the EndUp 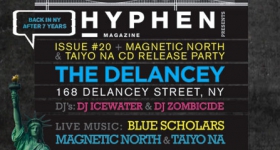 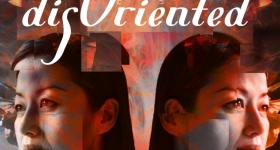