The opening night film in Philadelphia is Colin Hearts Kay directed by Sebastian Ho Conley and starring Emily Chang, formerly of I Was Born With Two Tongues and Mango Tribe. (Chang, no relation, also made the tongue-in-cheek short film The Humberville Poetry Slam a few years ago). I haven't seen this film so I can't comment on it, but I'd be interested to hear your thoughts, if you have seen it, about its portrayal of the Asian American female/white man relationship (the director himself is biracial/mixed race, Chinese and white). The House of Suh, Wo Ai Ni Mommy, Raspberry Magic, and The People I've Slept With are among several other films playing at the Philadelphia Asian American Film Festival.

The San Diego Asian Film Festival is showing a ton of films, many which I'd love to see. Many of them overlap with the ones showing at the Philadelphia film festival. Some of the films Asian, some Asian American and some Asian/American. I think film is one of the places where the boundaries have been blurred. A Fool for Love, for example, a huge hit in Vietnam, is directed by Charlie Nguyen (The Rebel) and stars Vietnamese Americans. The film is playing at the San Diego festival. There are many other films that sound interesting that I've yet to see, and I can't wait for some of them to make the rounds out here in the San Francisco/Bay Area.

So if you're in the Philadelphia or San Diego area, get up off of your butts and check out some films! If you go or have seen some of the films, let me know if there are ones you'd recommend. 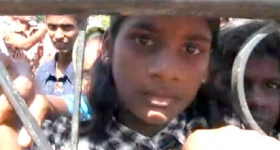