In San Francisco, Board of Supervisors President David Chiu has introduced an ordinance that encourages the 200 or so nail salons, with 1,800 workers, operating in San Francisco to stop using nail polishes that include the "toxic trio." The toxic trio are three identified chemicals: formaldehyde, toluene; and dibutyl phthalate, linked to reproductive problems, thyroid problems and cancer, among other things.

I wrote about the trend of greener salons for Hyphen in "Mani-Pedis Go Green" and the potential health hazards in nail salons, places where many chemicals are often used in a very small space and where workers spend a whole lot of time breathing in chemicals.

This legislation seems like a good step toward create more public awareness, and at the same time giving salons an incentive to use safer products. It sounds like salons who avoid the toxic trio will be given a decal to put on their windows. Outreach and implementation would be done by the Department of the Environment and with the help of the California Healthy Nail Salon Collaborative.

Currently, as noted in the article, there's no regulation or standards for greener or safer salons. So, a salon can market itself as "green" but the customer won't really know what's making it green, or if it's really any healthier at all. It can call itself organic, and so on. A "healthy salon" label will actually tell people something concrete, that these salons don't use polishes with the toxic trio.

Now, there are shortcomings to this ordinance, because it simplifies a very complex issue. First of all, there are many other chemicals in nail salons, other than the toxic trio, that are also harmful. Also, how do we know the other chemicals used in nail polishes that are replacing the toxic trio are any better? And finally, there are other factors, such as how well-ventilated a place is, that contribute to how toxic the environment is. I think it’s important to be aware that even those with a healthy salon label could be a toxic environment because of all of these factors, and that you, and the workers, could still be breathing in yucky stuff.

Though the ordinance doesn't wholly address the health hazards, it’s still a key step forward because eventually, the salons that go the length to acquire a healthy label, one would assume, would have owners and workers that care about the issue and take time to educate themselves, the workers and clients. Also, if one day there's a list of these healthy salons, and customers find out that they are not so healthy after all, then the public would have more reason to call them out. That is to say, this will help keep folks accountable. It's setting some standards, which is a good thing. It's also good because it's not punitive to the salons, owners and workers. Some salons may not be able to afford to switch to more expensive, but safer, nail polishes.

And hopefully, these salons that become a part of the healthy salons program, beyond just eliminating the toxic trio, also become healthier in other ways.

The board will vote on this ordinance next Tuesday. 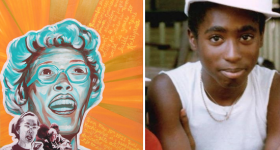 Jess Davids wrote on Mon, 10/18/2010 - 5:45am
it's really important for salons (and home users) to make sure they are not taking risks with their pedicure equipment; and that they are mindful on the impact on the environment too.