San Francisco author Angie Chau's debut short story collection, Quiet As They Come, depicts Vietnamese Americans living in the [San Francisco] Bay Area. NAM contributor Thai Anh Nguyen spoke with Châu about the book and what it feels like to be a literary sensation.

How do you feel about your refugee stories -- 10 years in the making -- now that your collection has burst on the literary scene with such a great reception?

It’s been a rewarding experience, and it’s validating to know that people across disciplines and demographics have embraced the book with such open arms and open minds. It’s confirmed on the spring 2011 syllabus at California College of the Arts. I have a professor at Loyola University who mentioned he wants to teach it in his Contemporary Literature course. Professor Stephen Sohn at Stanford University said he will be teaching it in his Transnational Asian American Literature course. I am simply glad to see that these stories will be part of a larger dialogue, both in English literature courses as well as Asian-American courses. This is a definitive move forward.

One writer said: “I’d love to see more Vietnamese American writers out there for the reading public. I’d even venture to say [readers] are hungry for these stories.” What do you think makes them so hungry?

People love to hear stories about the underdog who struggles and, against all odds, triumphs. On a macro level, we could say this is very much the Vietnamese story, whether it’s battling Chinese rule, French rule, or the North Vietnamese defeat of the American military. Once you take this to the personal level of families and characters, the story becomes even more intimate and relatable. I think the Vietnamese people have a very unique story to tell, with a distinct cultural heritage and flavor.

From my own experience, it’s been great to hear feedback from the Vietnamese community, who deeply identify with these stories. I think there is a need for people to see a reflection of themselves in the world, and books are one way of doing that. But I think the American public is also interested in this perspective, whether out of intellectual curiosity or as a means of healing given our shared history with the Vietnam War.

Are you being true to yourself with this story, when some established Vietnamese American writers are moving away from the Vietnamese experience?

Yes, I am being true to myself as an artist with this project. I was honest with myself in approaching each story with the best I could give it. The stories in the book are about people living their lives and doing the best they can despite the hardships that befall each individual. The themes in the book are universal themes. Here are human beings in the drama of life who happen to be Vietnamese.

Your family escaped by boat when you were four. Without going into details, do you remember any horror on the journey?

I didn’t witness any horror. But my father recalls that when our boat arrived in Malaysia, the Malaysian government wouldn’t let us dock. Then that very night, a huge storm came in, and a few other boats filled with refugees capsized. Roughly a dozen people died, and that made international headlines. As a result, the Malaysian government finally allowed our boat to come on shore. We spent six months in Malaysia.

It’s interesting how you use past and present to show your characters’ reversal or fortunes in America. For example, Huong being a beautiful high-society hostess in Vietnam, where the prime minister [President Thiu] suggests that her likeness should grace the $500 bill, and the fact that now she’s just an electronic assembler in America, or that a high-intellect professor is now just a clerk in the US Post Office.

In my experience, this dramatic sweep and rise and fall in stature is quite common in modern living. Now that migration is so common, lives do change quite radically. We frequently hear about the rags-to-riches stories in America. We don’t hear as often about the other side, though -- the professor turned postal clerk, or the engineer turned cab driver, or the surgeon turned administrative paper-pusher. I actually know the people in these three examples. There was a time in history when, if you were born in the peasant class, this is where you stayed, and if you were born in the noble class, this is where you stayed. There was little or no interclass mingling. I thought Proust’s Remembrance of Things Past was an amazing depiction of social hierarchies in this regard.

What are some of your family’s reactions?

One uncle who was formerly a P.O.W. now living in Australia wrote, “The feeling of family honor which disappeared so long after 04/30/1975 suddenly came back to me. Thank you for giving me that feeling of dignity and pride which I tried to forget in order to accept the reality.” That one really hit me.

What advice could you give aspiring writers?

I have heard so many different theories on what the industry wants or doesn’t want that I would say to aspiring writers: write what you care about, write what you deem is important and interesting and the rest will follow. I should add that I’ve heard it’s virtually impossible to get a short story collection published these days. I’ve heard that, generally speaking, novels are more commercial and sellable than story collections. But at the same time, [my collection was published and] I’ve watched some excellent story collections become widely popular, both commercially and critically. 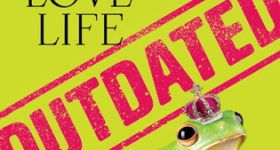