San Francisco City College Student Steve Li, 20, is about to be deported to Peru on Monday, November 15th, but demonstrators and supporters, including local politicians, are trying to stop this. They are urging California State Sen. Barbara Boxer to introduce an emergency bill to stop his deportation.  Li has been detained in Arizona for the past two months. He would qualify for the DREAM Act.

By Julianne Hing of ColorLines

The very same week that Senate Majority Leader Harry Reid announced he would attempt to add the DREAM Act as an amendment to the defense authorization bill, Immigration and Customs Enforcement was readying itself to take a DREAM Act-eligible youth into custody for deportation. Days later, while the Senate preened and postured in D.C. over a failed move to pass the DREAM Act in September, a family on the other side of the country was being torn apart.

On September 15, ICE arrived at 20-year-old Steve Li’s San Francisco home and took him into custody for his deportation to Peru, where Li was born but has no relatives or contacts. And now, despite a months-long public campaign to keep Li in the country, Immigration and Customs Enforcement announced he’ll be deported next Monday, his attorney Sin Yen Ling confirmed, unless California Sen. Barbara Boxer steps in to issue a private bill on his behalf.

For many people, Li’s story is not unfamiliar: Li’s parents, who face their own removal order, immigrated to Peru from China in the 1980s, partially to help Li’s aging grandparents and partially to escape China’s one-child policy. And there Li was born, before his family immigrated again in 2002 to the U.S. to escape political instability in Peru. His family filed for political asylum in the U.S. but were denied. A judge put out a removal order for their family in 2004, which Li’s parents quietly tried to ignore, all unbeknownst to Li.

In the meantime, Li made the Bay Area his home. He went to school, made friends, enrolled in community college in San Francisco to pursue his plans to become a nurse. Li volunteered at his church and at San Francisco General Hospital. “I told him hopefully he would finish studying here in the U.S. and give back to the country,” his mother Maria Ma Li told the San Francisco Chronicle.

When ICE arrived on Li’s doorstep on September 15 to take him and his parents into custody, he had no idea why they were there. He was transferred to a detention facility in Florence, Arizona, and has since been washing dishes for a dollar a day so he can pay for stamps for letters and phone calls back home.

“I thought it was a mistake,” Li told the Contra Costa Times over one of those phone calls. “I’ve been living (in the United States), studying here. I feel like I’ve been here all my life. All my friends, my teachers, my family is here.”

“This is a good case of what’s wrong with the fugitive opps program,” Li’s attorney Ling said. “Fugitive opps was intended to shore up national security by going after terrorists. And obviously arresting 20-year-old students and deporting them doesn’t further our national security at all.” Ling added that Li would have been DREAM Act-eligible.

“This is a consequence of what happens when Congress doesn’t pass the DREAM Act,” Ling said.

Activists have been trying to pass a version of the DREAM Act for nearly a decade. The bill would allow undocumented youth with a clean criminal record and a two-year commitment to either the military or college to eventually become citizens. Reid faced criticism that he re-introduced the DREAM Act as a last-ditch effort to shore up Latino votes in his home state during a cutthroat campaign against Tea Party-backed Republican Sharron Angle; activists did not begrudge him his politicking and flooded the Senate with phone calls for a frenzied week. A Republican filibuster blocked the DREAM Act, along with a proposed “Don’t Ask, Don’t Tell” repeal from being attached to the defense authorization bill.

Last year, the Obama administration deported a record 392,000 people. The administration boasted that more than half of those, about 195,000 people, had prior convictions on their record that made them too dangerous to be in the country. Except the bulk of those convictions came from traffic violations, or immigration issues like Li’s.

Earlier this year news reports tried to give credit to the Obama administration’s efficient immigration enforcement for granting clemency to DREAM Act-eligible youth who were facing removal proceedings. Yet, it’s consistently been high-profile public campaigns and old-fashioned organizing that have saved DREAM Act students from deportation, one at a time.

The campaign to keep Li in the country is ramping up in the final days. Organizers have planned an all-day vigil outside of Boxer’s downtown San Francisco office at 1700 Montgomery Street for today, from 10am through 5pm. They plan to deliver batches of postcards and messages from supporters to Boxer’s office every half hour.

Li has exhausted many of his other legal options. “As of right now, Boxer is sort of the only person who can really intervene by introducing a private bill,” Ling said.

Days before being re-elected Reid took to Spanish-language television to promise to bring the DREAM Act up for a vote again in a lame duck session. This week Nancy Pelosi said she has similar intentions. But its prospects are slim. Republicans have said they will focus the last few weeks of the year on extending Bush-era tax cuts and will not support a DADT repeal or the DREAM Act.

Ling has encouraged people to call Barbara Boxer’s office encourage her to issue a private bill to keep Li in the country. 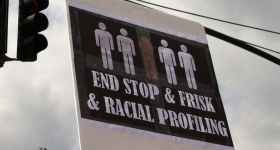