The Philadelphia Asian American Film Festival (PAAFF) recently finished after a strong lineup of films and events. One extremely moving, honest, and powerful film was Stephanie Wang-Breal's Wo Ai Ni Mommy, which Hyphen's Momo Chang reviewed back in March. The film's ability to create such strong emotional reactions from the audience merits some additional review and commentary. Please note that the review below includes a spoiler. Before proceeding, the film can be watched on PBS online now, for free, until the end of the month.

Wo Ai Ni Mommy is a movie that delves into the world of international, trans-racial adoption. In the film, Wang-Breal follows Fang Sui Yong (later known as "Faith"), an eight year old girl from China who becomes adopted by the Sadowskys, a family from Long Island. I should note early on that through her interactions, Wang-Breal ends up inserting herself into the film as a translator, and also ends up forming a very close relationship with the Sadowsky family during the process.

Fang Sui Yong's assimilation is painful and heart breaking to watch, especially since the film shows how much she loves being with her Chinese foster family and foster sister before she is adopted and moves to America. From the moment in China when she meets her new American mother, it is clear she is fearful, uncomfortable, helpless and overwhelmed. With no means to communicate with her new mother, she is told her new name is Faith (effectively erasing her old identity), and is forced to begin immediately learning English. In an especially tense scene, when asked by her new mother why she feels frustrated and Fang Sui Yong attempts to explain why trans-racial assimilation is so difficult for her (saying 'you're white, I'm Chinese'), the mother does not seem to appreciate how traumatized the girl is and instead asks a very odd question: "Am I ugly to you?", which comes off as extremely self-centered, and also makes me wonder how much this mother brings in her own pre-conceived notions she has about supposed Chinese attitudes.

Faith's transition once in America is equally rough once she arrives. Since her adopted family appears not to learn even rudimentary Chinese words over the entire period, Faith is forced (which she repeatedly points out with frustration) to learn English and earn acceptance with a new father, two brothers, and a sister. Her situation is further compounded by how she is compared to and even competes with her younger sister, who is also from China but was adopted while still an infant so is perfectly assimilated. Faith, not surprisingly, hates school because she can't communicate and suffers alienation from her peers. Seeing Faith's struggles, it is understandable why Wang-Breal feels compelled to insert herself into the story, and I can't even imagine how difficult it must be for other trans-racial adoptees who make the transition without someone there to help with translation and transition.

The family seems to have good intentions but appears at best ignorant. When asked why they adopted two girls from China, the father goes into a confusing explanation about his long love for martial arts movies. The family celebrates Chinese festivals, however seemingly only with other white American families with adopted children from China. One memorable moment occurs when a trans-racial adoption expert (herself a trans-racial Korean adoptee) asks the family what else the family has done to maintain Faith's heritage and ties to her Chinese culture, and the father asks if he should start showing his girls Bruce Lee movies. In a recent interview, Wang-Breal comments that:

During this segment, I was disturbed by how the family seemed to dismiss the trans-racial adoption expert's point of view. In another scene, the mother excitedly recounts a story about how, after being teased by her Chinese foster sister on the phone for forgetting how to speak some Chinese words, Faith said she didn't like her foster sister anymore.

Spoiler up next; stop here if you're saving the ending for yourself.

The biggest surprise, by the end of the film, is how Faith seems to transition successfully and assimilate after only sixteen months. The transformation is dramatic, but the cost is heavy. By the end of the film, Faith is unable to speak Mandarin or Cantonese to her original Chinese foster family over a Skype session (needing a translator). When asked if she feels more American or Chinese, Faith says she is American (i.e., white). The question of being Chinese American does not seem to be an option in her mind, and she seems to equate speaking Mandarin as not being American. Faith's experience seems much more about complete assimilation than it is about any establishment of an Asian American or Chinese American identity. Asian Americans may identify with many aspects of what Faith experiences growing up in America, though she clearly faces them in a much more accelerated, brutal manner over sixteen months of her life. Wang-Breal comments on this assimilation as well:

Watching Faith slowly but surely lose her culture, lose her language and lose her ties to her past made me feel very upset. But at the same time, I could identify with it, because when you’re 10 or 11 years old and growing up in America, you don’t want to be different; you want to be just like everyone else. In order to be just like everyone else, you need to say goodbye to certain parts of your life in order to fit in. Or at least you think you do. So in some ways I could identify with Faith as she was doing that, and then in other ways it just made me so upset, because she couldn’t communicate with her Chinese foster family, whom she loved.

Though I suspect other adopters of Chinese children may feel differently, it is unclear to me that in the end Faith has a significantly better life through adoption than life with her Chinese foster family. Nevertheless, the complexity, honesty, and gains and losses shown in this film make it powerful and worth seeing. 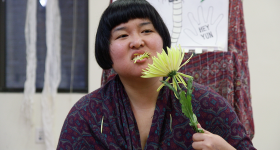 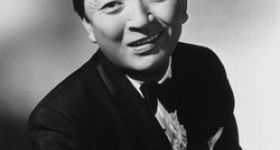