If you're hooked up to Hyphen on Facebook, you already know that Far East Movement is covering the next issue. These guys were my first professional interview in 2006; they have a special place in my heart and I'm proud to see them completely killing it in 2010. "Like a G6" bangs so hard it went double platinum this year, and even 50 Cent did a remix.

They are indeed the face of Asian American hip hop these days, but here are a couple of other rumblings from the web:

Dumbfoundead has a free mixtape for download right now. I'm only barely familiar with his work, but free is always good, especially if you're a huge fan. The download is worth it for "This Life" alone.

A good interview with Filipino American Beat Junkies DJ Rhettmatic recently went up on on Hardknock.tv. The conversation is all over the place, but Rhettmatic touches on some interesting points here, and he shouts out a few Asian Americans in the hip hop scene, some of whom I'd never heard of before (namely !llmind, who apparently produced for some of my husband's favorite hip hop acts including Boot Camp Clik, Little Brother, and Skyzoo, and is now signed with G-Unit): 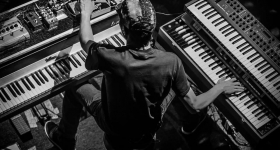 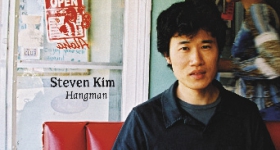 Tedford wrote on Thu, 12/16/2010 - 8:22am
I've had similar experiences fronting a reggae band. We'd open for Sizzla, me and six white guys, and I'd get the hard stare from the crowd. Three songs in and I'd say "I know y'all are thinking "Who dis chinee-man tink he cyan sing di reggay?" which broke the crowd into laughter. Myself, I branch out, but I know how insular Filipinos can be. A friend of mine promotes Filipino indie rock bands on the East Coast, and I see something parallel happening there, where the bands play with other Filipino bands and rarely play outside of that scene.