Coming out of the University of Maryland's Asian American Studies Program, the AALR hopes to be "a space for writers who consider the designation 'Asian American' a fruitful starting point for artistic vision and community." I caught up with co-editor-in-chief/co-founder Lawrence-Minh Bui Davis, a writer and PhD candidate at the University of Maryland, to find out the origins and vision for this exciting new project.

Hyphen: Tell me about the origins of the AALR.

Lawrence-Minh Bui Davis: We really wanted to fill a void. Asian American journals -- like the Asian Pacific American Journal or the Asian American Renaissance journal -- were no longer in publication. But the idea also came out of my own MFA experience. I was down in San Diego. I wasn't in San Francisco or New York and those places seem to be the regional hubs, where you can find a mentor or other Asian American writers and talk to them or work with them. If you weren't in those places, you were cut off from the possibilities of those communities. I wanted to do something that would offer that sense of community to younger writers and older writers, and hopefully bridge some of those separate regional communities.

What have you noticed about Asian American writing through this process?

I think the first thing that I noticed when I started querying people about being part of our advisory board, was the tremendous enthusiasm and support that we got back. People wanted to be a part of it and people wanted to see it happen. Once we got onto Facebook, there were hundreds of people writing and commenting about the need there is for a journal like the AALR or asking when they can submit work. I was shocked at how much support and how excited really established writers were that this was happenning. I'm talking about long-established writers who don't have a lot to gain by running work in a fledgling journal. It was very heartening and a sign that it was the right time for this to happen.

What will we be seeing in the first few issues of the journal?

Like most literary journals, we are going to run poetry, fiction, interviews and book reviews -- but also translations and maybe some graphic novel excerpts in the future. We really wanted to include a forum, where we pose a question that is not necessarily literary in nature and ask our advisory board members to have a dialogue. This has turned out really well in our first issue, where we asked about the struggles Asian American literary journals, and Asian American literature in general, faces today. This dialogue idea is something we can really hang our hats on. We're trying to showcase the best work that's out there. We also want to have a role where we can have a discussion and dialogue that maybe takes place when people are sitting around a dinner table or at a conference, which doesn't really make it to the page as much as it should.

The AALR was founded by Lawrence-Minh Bui Davis, poet Gerald Maa and Larry Shinagawa, the director of the Asian American Studies Program at the University of Maryland. Davis and Maa are co-editors-in-chief. The editorial advisory board includes Tina Chang, Alexander Chee, David Mura, Ruth Ozeki and Helen Zia; among others. 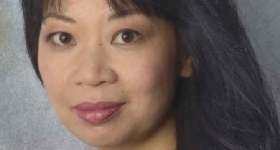 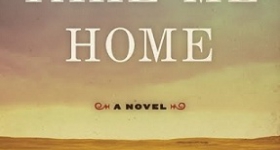