The death of Tian Sheng Yu after a senseless beating on an Oakland, CA, street has brought up the issue of racial tensions between Asian Americans and African Americans (the suspects in the attack are black).

Yu died Tuesday after he was knocked to the ground Friday and never regained consciousness.

Police and community groups aren't saying much about it, but it's hard not to think about the racial element to this and recent attacks on Asian Americans in a San Francisco neighborhood that's been historically African American but where a recent influx of Asians, mostly Chinese, have moved in. Huan Chen, 83, died after being kicked and punched in January in San Francisco’s Bayview district.

Yu was attacked after his son was punched in the street earlier in a seemingly unprovoked confrontation. And some of the San Francisco incidents, including Chen's, seemed to be unprovoked as well.

The recent attacks are wrong no matter who the perpetrators or victims are, but is race or some cultural misunderstandings at play here? Or is it just some bad people, who happen to be black, doing bad things to people who happen to be Asian? Or are Asian Americans stereotyped as inviting targets because they're perceived to be carrying valuables, as this story suggests, or that they won't fight back?

What are your thoughts? Race is a sensitive and emotional subject, so if there are comments, please refrain from name calling and insults. Our comments are moderated. 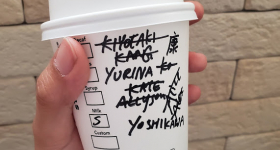 thanks for writing this piece. i've been trying to collect my thoughts on the recent spate of attacks too. i am sure that race plays a role but i don't think it's the only factor. could it also be another structural issue, like that especially in the case of huan chen, many elderly asians rely on public transit to get around and so are more vulnerable?

i just don't know that these attacks have been racially motivated, even though it's starting to look like a troubling pattern. what other explanations exist--besides that random, awful violence happens? and it sometimes happens to people in our communities?

there was also the recent news of the attacks on elderly asian women in ny, and those are being called a hate crime: http://www.1010wins.com/pages/6767960.php?contentType=4&contentId=5897148

One point I didn't raise was the potential for these attacks to perpetuate the racism that already exists among some Asian Americans. Particularly among newer immigrants, which many of the Asian Americans in the Bayview are. It's not a stretch to say that in Asia there's a lot of racist sentiments toward black people. It's also not too much of a stretch to say some of these sentiments come over to the US with some immigrants.

So, you come to the US, move to a black neighborhood and face the problems of urban America, which may not neccesarily have anything to do with race, but maybe in their eyes they see it that way.

Don't mean to paint too broad a picture, but just a scenario that's likely.

Two suspect charged in Oakland case were drunk and angry at the world, according to DA:

Anonymous wrote on Sun, 05/02/2010 - 7:24pm
i think that this is a case of people being bad and peopel being vunable and chief Gascon is right this is a crime of oppertunity , in 1984 i was robbed and atacked by thre asian youths in the sunnydale area ( right !) they were never caught but I am ot saying that what is happening to the eldery asians is right , none of this is right , that could have been my mother waiting for my sister on ht eT-line at night 9 by the way she was a teller tht got robbed at a maojor finacial institution and to this day will not go inot any banks ,my dod could have been with my brother and they were the 2 that were in the are that this has happened . to say this that not all blacks are crimnals and not all asians are vunerble.......all am saying is that this has to stop and some how. i was devested when i heard the young man's father had died....and to say this is a well balanced city is a lie , it is segregated .....ie...chinatown , japantown, little italy(northbeach ) the castro ( gay district) bay view, sunnydale , little korea , and the mission is mostly hispanic . so until this is cleared up then we will always have these problems ...BUT TO MAKE THIS A BLACK ON ASIAIN PROBLEM IS STUPID AS HELL AND THE MEDIA NEEDS TO STOP TRYING TO MAKE THIS A RACE WAR JUST TO SELL PAPERS .