We're knee deep in packing for a cross-country move, leaving my family and my home state of Connecticut for greener, more racially diverse pastures in California. My mom just sold her condo to take over our house, so we're living in close quarters with her for the month. Our house is in such a state of disarray that I can't even get my thoughts straight. My husband and I are trying to plan for the quickest route to Los Angeles while bypassing Arizona completely. I still work a full-time job and when I'm not using my free time to pack and plan for this move, I'm trying to amass a collection of Ni Hao Kai Lan episodes and girl-power kiddie movies (a la Spirited Away, Lilo and Stitch, and Princess and the Frog) to load up on the iPad for the dun.

We don't just live in Connecticut -- we're in the sticks. We're so close to farmland that our backyard smells like manure. For the past three years we've been living back in the predominantly white suburb where I grew up, where I was one of maybe ten Asian kids and one of less than 50 people of color in my high school, where the only people like me were my own family members. My classmates thought it was so novel that I didn't identify as Chinese or Japanese, and most of them had never heard of the Philippines until I told them that's where I was "from" (though I was actually born in New Britain, CT).

My husband and I cite a million different reasons for this move, but one, albeit small, reason we'll agree on is racism. We're not exactly experiencing burning crosses on our lawn, but there is an utter lack of positive exposure to our daughter's cultures and to "people like her" around here. I'm not just talking Filipino and Korean; we hardly even know any mixed-race, mixed-ethnicity, or third generation people in our area.

Let me explain: my husband is Korean and Caucasian, and he grew up both in Seoul and Bloomington, Indiana. I cannot speak to his personal experience, but we've had many conversations about experiencing racism within our families. I also know he has no family in Connecticut, and has even limited access to Korean food items. And while I have a crapload of family members living down the street who have always come through in the clutch, I'm afraid that having them as my daughter's primary source of cultural experience can be too limiting, possibly even detrimental.

All of my family members on the eastern seaboard, the people I was grew up closest to, are culturally homogenous. They all identify as 100% pure-blooded Filipino. We hardly even know any other mixed race folks. I am some part Chinese, and although I wouldn't normally identify as Chinese, I have been "lovingly" othered my entire life. Growing up, I experienced deliberate, unabashed racism on a daily basis — anti-Chinese jokes, the slant-eyes gesture, being called "Ching Chong" and spoken to in a fake Chinese accent — but all at the hands of my own cousins.

I hate talking about this. I constantly have to add the disclaimer that I really do love my family, that they have shown their support and been there for me in myriad other ways, but it's hard to put a positive spin on this particular aspect of our relationship. I'm always inclined to defend them by telling outsiders that this was just their way of showing love -- really, nobody is exempt from the digs and the jokes in our family -- but there's no escaping the fact that it was hurtful to me. It didn't make me feel accepted or loved, and it didn't thicken my skin. Being that I was the youngest and only girl being beat up on, I didn't feel I was in a safe space to defend myself. I've always felt like just mentioning this would offend them, but it's my life too.

There has, of course, been a shift once we started having our own kids. My family has been undeniably awesome with my daughter. But while I've learned to ignore the comments I still get from my cousins and have even, in defiance, proudly claimed a culture I know nothing about just to get under their skin (only after I left CT for college), there's still an uncomfortable dynamic between my cousins and me, and I don't kid myself about how this may affect my kid. The racist comments continue, and while they're always just directed at me, the effects will no doubt trickle down somehow.

For example, my experience with my family has definitely dictated the way I've been able to deal with (or not deal with) racism in the real world. I still feel like a token. It was somewhat more forgivable in high school, when many of my classmates had never encountered another person of color, but I'm 27 years old and in recent years have still found myself in the unfortunate position of "this white person's only non-white friend." I've found myself in many awkward situations where I haven't had the confidence to speak up, either because I was afraid of losing my job, I was afraid of losing friends, or I simply just didn't feel like being pegged the oversensitive and angry POC that day. And having to deal uncomfortably with the prejudices of other people has gotten to be too damn exhausting. Not a single day goes by where I don't encounter at least a handful of teaching moments. In fact, I know a few people with whom I can't have a single conversation that isn't full of teaching moments, and I feel guilty for every moment I don't take it upon myself to teach. But I'm so damn tired and I just don't have the energy to process all these situations at this juncture in my life.

So is it really better where it's more diverse? The Black/Asian tension bubbling over in cities across the US proves it isn't. We're certainly not kidding ourselves that she won't experience racism in LA, as we've both lived there before and know better, but we're leaving in hopes that we can even out our daughter's experiences. We can't shield her from racism and we know those negative experiences will be necessary in helping her shape her own identity, but by going to a place where we can bring her to more cultural events, or by putting her in a school where she won't be treated like a unicorn, we're hoping positive experiences will be equally as likely. At the very least, we can try to stop history from repeating itself. 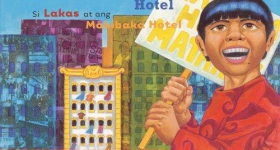 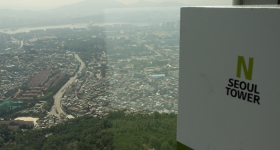 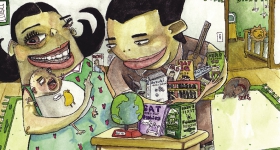 How To Raise a Child Prodigy

Thank you for this. My experience is almost parallel to yours and I've always been hesitant to express my true feelings vocally since my family will just refer to me as the "illogically bitter one."

I think LA will be a good thing for the Joneses and your daughter is so lucky to have such great parents to teach and share with her all the important things in life. :)

And how, pray tell, is that usage of terms so "blatant" an example of racism?  The usage is hardly so clear-cut or the debate so settled, Anonymous, as to warrant such condescension or sarcasm.  If you can make your case, please do; you'd be welcome to here.  But if it's too hard to sort out, pray keep the unearned smugness to yourself.  You do the world no favors.

We've had similar issues. Moving is sometimes the only option.