Indians are apparently in the vogue.

Because they are they all highly skilled, educated, sociable and good-looking, Indians, according to Andrea Miller, are also excellent dates. They are "innately gracious," for example, and, what's more, Indian men love to dance!

While I am flattered, I suppose, as an Indian American, I chafe at Miller's recommendations. They are, as one of the comment's on Miller's article says, "vaguely racist." Miller objectifies an entire race and reduces it to handful of Bollywood references.

She continues by suggesting that readers interested in dating an Indian should memorize Shah Rukh Khan's initials, have a favorite Bollywood film ("It should be obvious by now that you need to have a favorite Hindi movie. If you bust out something like, 'Yea, I loved Kuch Kuch Hota Hai,' you are very likely to get a second date. If not something straight out of the Kama Sutra."), show an appreciation for bhangra (I suppose I have to like bhangra now), and love Indian food.

In its defense other comments argue that Miller's article is in jest. But the model minority myth is no joke. And I don't find her remarks ("I hope Laxmi, Goddess of Prosperity, smiles on you as you endeavor to date one of her people") very funny at all. 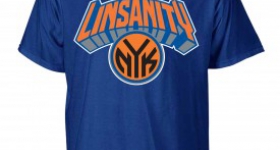 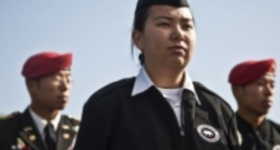 The Huffington comments are loaded with both South Asian American and White commenters criticizing the article for racial stereotyping (pointing out that even "positive" generalizations can be racist stereotypes), white entitlement/privilege, objectifying and generalizing 1+ billion people, and also calling out those who like the article as South Asians who have internalized that they are socially inferior.  The article reminds me of that old MadTV comedy skit with the Black/White married couple where the White wife has all sorts of internalized racism and supremacism.

One uneducated guess is that South Asians may be a lot more aware of white privilege and their dynamics, from having thrown off the yoke of colonialism in history.

Thank you for sharing this article. I'm re-posting my comment left for it on the Huffington Post:

Had this article been published under the "humor" section, I may have been more convinced of its tongue-in-cheek intentions. But as both its title and tags suggest, it is evidently meant to be an instructional guide to dating Indian Americans, written by the CEO of a magazine which focuses on love and relationships. Her "advice" does little more than encourage the exoticism of an ethnic minority. Even positive stereotypes are stereotypes, and it is irresponsible for someone in the author's position to validate them under the guise of a light-hearted dating advice column. White privilege does not entitle one to claim expertise on an overgeneralized "other," much less how to woo them with a purely superficial knowledge of their culture.