You've heard of Nicki Minaj, right? She's the only female rapper anyone is talking about these days, signed to Young Money by Lil Wayne. Her gimmick includes nonexistent punchlines and rapping in a bad British accent. She also goes by the precious nickname, Harajuku Barbie, presumably inspired by Harajuku fashion made popular in the United States by Gwen Stefani. Please, hold your groans.

Is it worth going here? As a great blogger once said, "Attacking Nicki Minaj for not having substance is like attacking a green wig for being green." For starters, the Nicki Minaj schtick is so disjointed, we're probably not supposed to make any sense of her. Secondly, I don't know anybody who takes Nicki Minaj seriously as a rapper or entertainer. But I saw the video for "Your Love" and I had to bite.

I'm not going to pretend I know all there is to know about pan-Asian history, but something about this feels wrong, like Japanese culture threw up all over Hype Williams and he decided to shoot a video about it. She appears as a geisha, ninja, and samurai! In one video!

I get that it's supposed to be campy, and under regular circumstances (read: from an artist who didn't call herself the Harajuku Barbie) it'd only be mildly irritating. But something tells me we haven't seen the last of this type of cultural appropriation from Minaj, née Onika Maraj. I'm tempted to expect more from her, given her part-Indian background, but just check her explanation of her "Harajuku Barbie" moniker:

It seems to me more rooted in Gwen Stefani's Harajuku Girls rather than actual Harajuku fashion. The same Gwen Stefani who once toted around a group of silent Asian women as pets.

I have long been fascinated with the appropriation of Asian cultures in hip hop, but I try to check myself if I'm being unfair. Don't forget I once explored at length the implications of giving Murs and 9th Wonder a pass for "Asian Girl". So what makes me cringe at this and not, say, Wu-Tang Clan? Is it because Nicki Minaj is a female rap artist and therefore an easier target? Is it because Wu was very specifically fixated on a martial arts film, and not the entirety of Chinese history? Is it because Wu are just better rappers?

I want to believe there's no uproar about this because nobody is really checking for Nicki Minaj, but the likelier story is that there aren't a whole lot of people who think there's something wrong about this.

Addendum: Potential commenters, please note that "You're just a Nicki hater!" comments will be denied unless you have something to bring to the conversation. 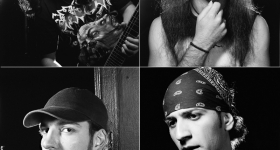 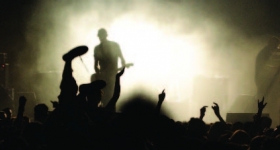 M wrote on Tue, 08/17/2010 - 8:47am
Is there something wrong with referencing the Japanese culture? Go listen to "Still I Rise". Haters. Go Nicki!
Lady Rook wrote on Tue, 08/17/2010 - 9:11am
After reading your comment, "something about this feels wrong, like Japanese culture threw up all over Hype Williams and he decided to shoot a video about it." I felt compelled to watch the video for myself. Personally I thought it was visually stylistic as it is not something that you would expect to see from her, a somewhat fluid story line, which is probably where you may see that there is something wrong with it. I also think what Mr. Williams tired to do cram a lot of Asian inspired visual elements into a four minute video, hence the campiness, especially the fight scene. But call me romantic, there is something about yards and yards of flowing, billowing material that appeals to me. And lets not forget the ending where Nicki dies and red scarves are pulled from her while her would be lover yells angrily up at the camera as red petals rain down on them. What many people don't realize is that the Japanese and African-American relationship extends as far back as to when Admiral Perry first stepped foot in Japan. Since that time Japanese people, mostly younger generations, have gravitated toward African American culture either because its different from their own culture or they feel a sort of kinship when it comes to the everyday struggle with trying to fit in with white America. So I honestly don't think people will be making such a big deal out of a little known video by a so-so rapper who can't seem to make up her mind what color or style her hair will be from one minute to the next. However, I do agree with you about the Harajuku title that has been given to her and Gwen Stefani. I don't think that these women exemplify what that really is. And yes, Wu-Tang Clan are better rappers.
Anonymous wrote on Tue, 08/17/2010 - 10:47am
You're getting on her because this is an Asian magazine and you're mad..... no one really cares about your opinion youre not an urban blog anyways ...... NEXT !
Theresa Celebra... wrote on Tue, 08/17/2010 - 1:36pm

Not that this commenter is going to come back to get schooled. I'm only engaging this comment to give my spiel about the nature of blogging -- just because the discussion is dominated by one subculture (in this case, urban blogs), doesn't mean their version is the correct one or the only one with anything worth saying.

And anyway, in researching for this post I found at least fifteen urban blogs calling Nicki Minaj wack anyway so... NEXT!