Lisa Wong Macabasco (Hyphen's managing editor) will tell you the honest truth when you most need someone to do so, and in a way that is completely thoughtful, heartfelt and aware. Pair that with her smarts, funky style, and compelling experience and interests, and you’ve got the perfect recipe for that miniature conscience you wished sat on your shoulder all the time. Or, in the case of Hyphen, the one that hovers over the pages.

I had always heard about Hyphen. I wanted to be a journalist since I was a kid, and I have [long] been a follower of Asian American media. At [University of California,] Berkeley, I worked on the publication Hard Boiled. In 2005, Hyphen published my masters work, which was a story about undocumented immigrants with HIV. In 2006, I took a fiction class at Kearny Street Workshop with some Hyphen staff, was invited to a meeting, and started as a contributor. I was working at AsianWeek, at the time. I became managing editor about a year and a half ago.

It’s a marriage of amazing design and artwork with provocative, funny, cutting-edge content. Not a lot of publications have been able to meet both of those criteria. Also, we are building a community at the same time -- a community of readers who come out to our events, who want to be more involved.

I hope that it shines a light on upcoming movers and shakers in our community, and captures trends, etc. We make readers think about issues in a different way -- we dig deeper and find unexpected issues that aren’t often discussed. We’re moving beyond knee-jerk reactions, and are not so much just about Asian Americans as a uniform culture and community.

It’s more organized: we have actual positions and responsibilities for specific parts, like with editors being in charge of certain sections. In terms of stories, we have branched out beyond what we did in the beginning. Before, we were explicit about not having stories about fashion or having recipes -- things people felt were overdone with Asian Americans. We do those things now, but in a way that’s very Hyphen. We’ve talked about doing sports, fashion and TV sections.

In mainstream media, The New Yorker, The New York Times Magazine, Vogue (they have good feature stories). And Mother Jones -- they've managed to grow in this tough economy, so they have a good business model. In ethnic media, Hard Boiled -- it’s more renegade and rebellious than Hyphen. KoreAm has good stories, and is super comprehensive.

I worked at AsianWeek for two years, with an overlap with Hyphen, so I’ve worked in Asian American media for a while. I think this has led to overexposure for me.  This is an issue that Hyphen struggles with, too.

I crave savory more often, but my cravings for sweet are more intense.

I read a lot when I was a kid. I used to have a light to read in the car. I’m nostalgic for reading as a pure joy, not as something to be done for a living.

Fashion blogs, like the Sartorialist and Cherry Blossom Girl.

No. My mom is Chinese and my dad is Filipino, so they didn’t want to make me learn two languages.

The new Arcade Fire and the new Jay-Z. I’m actually going to see Jay-Z and Eminem in Detroit for my birthday.

Order individually. People interpret “share” differently, so I sometimes don’t get enough of what I want when we eat family-style.

Growing up I loved She-Ra. She was like Wonder Woman. Kick ass in skimpy clothes.

What is your favorite nickname that other people have dubbed you?

Chicken Legs. People called me that in middle school, but I like my legs now, so I don’t care.

Please donate to support the work of our hard-working volunteers.  Girl’s got your back, so show her some love.... 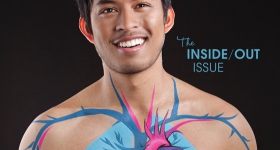 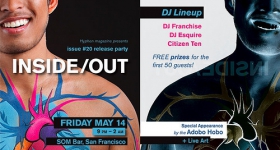 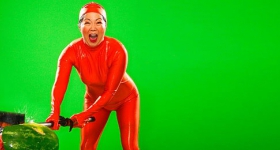