We're giving away three copies of the documentary film Vincent Who?, produced by Asian Pacific Americans for Progress, to our readers.

How much to want this movie? A lot. Read our review of the film by Viet-Ly Nguyen (printed in Issue 21):

The brutal beating death of Vincent Chin in Detroit in 1982 galvanized students, activists and citizens across Asian America. Vincent Who? is a followup to the 1987 documentary Who Killed Vincent Chin? and was inspired by town hall meetings organized by Asian Pacific Americans for Progress on the 25th anniversary of his death. When the filmmakers interview current college students about the Vincent Chin case, no one is able to give a clear answer; this is used as a means to question where the Asian American movement is today. The film is rooted in compelling interviews with powerhouses such as activist/journalist Helen Zia and civil rights attorney Dale Minami, balanced with the voices of younger activists, students and politicians. Zia and Minami suggest that Asian American activists have made a large impact through policymaking. The next generation claims that activism doesn’t have to come in the form of protests but through less visible acts such as teaching and journalism. The film also touches on hate crimes against South Asians and Arab Americans after 9/11. Archival video footage and newspaper clippings serve as painful reminders of how hate crimes damage a community and, at the same time, can bring people together to seek justice.

You can also purchase a copy from Blacklava.net for $16.

To win a copy, all you have to do is write a comment below about when you first heard of Vincent Chin, and what he means to you. Submit it by midnight PST on Friday, March 4. We'll select three winners, and contact you to get your mailing address. Thanks!

UPDATE (March 8, 2011): Congratulations to our three winners, Ashley, Ramona and Stacey! Thank you for all who participated and wrote your thoughtful comments. The three winners were selected randomly. 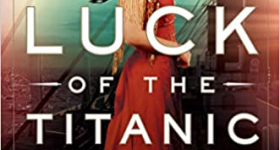