A girl standing outside the gated UN compound in Kilinochchi, where crowds gathered to ask UN personnel not to leave.

The film Sri Lanka's Killing Fields premiered at the United Nations Human Rights Council on June 3, documenting the end of a quarter century of civil war between the Sri Lankan government and the Tamil separatist group Liberation Tigers of Tamil Eelam (LTTE). The work of British broadcaster Channel 4, the film is available for a limited time for viewing on the web; though, before you watch, I would warn that it contains some horrific footage.

In 2009, the Sri Lankan Sinhalese government, led by President Mahinda Rajapaksa, declared a victory on their War on Terror. They portrayed the offensive that ended the civil war as a humanitarian operation that freed the Tamil people against the tyranny of the LTTE, recalling justifications for US operations in Iraq and Afghanistan. In later interviews, President Mahinda Rajapaksa went on to state: "We have achieved something that no other country could do: getting rid of all these terrorists," and only "one or two civilians might have got caught in the crossfire." Furthermore, there were absolutely no war crimes committed by his soldiers, and to ensure that the country recovered as swiftly as possible, he had even set up a Lessons Learned and Reconciliation Commission.

Before the offensive against the LTTE, the Rajapaksa government had already started a crackdown on critics of its administration, many of whom were exiled, murdered, or had disappeared. The film's opening shows how the UN and other international agencies were then pressured into leaving Kilinochchi and other LTTE-held areas. As Gordon Weiss, the UN's official spokesman in Sri Lanka at the time, says in the film, "the government regarded the UN as impediments to their conquest of the Tamil Tigers. By removing those organizations, there were no longer international witnesses to what was coming."

In one of the most heartbreaking scenes of this documentary, crowds gather outside the UN compound, asking them not to go. Says an aged Tamil brahmin, "We are begging you to stay and witness our suffering. If we allow you to leave, the truth is that everyone here will die. The knife is at our throat."

The film documents how, in the course of this war, the government herded 400, 000 Tamil civilians into ever-smaller areas of land labeled as "no-fire zones," that could more accurately be labeled "target practice zones." The estimates of civilian casualties ranged from President Mahinda Rajapaksa's "one or two civilians might have got caught in the crossfire" to a fourth of the civilian population, according to various human rights organizations. Furthermore, the hospitals in these zones were shelled so frequently that they asked the Red Cross not to pass on their GPS coordinates, for they were being used for targeting rather than avoidance.

"The Sri Lankan government has been deliberately lying to the outside world about the number of civilians within the safe zone. Three months ago there were around 350, 000. 190, 000 have already left the safe zone which means there are still 160, 000 left there. But the government is telling the world that there are only 15, 000.

This brings real fears in the minds of the Tamil community that the Sri Lankan government is going mass murder Tamils and tell the world that they haven't done anything. There are reliable reports that the Sri Lankan forces have used chemical weapons against the rebels and civilians recently and killed more than six hundreds just in a single day. Sri Lankan forces had even burned all the bodies of the victims therefore this has raised a real suspicion among the Tamils about the intention of Sri Lanka in lying to the world about the number of people in the safe zone."

The extent of the crimes committed during the war are still unknown. After the war, President Mahinda Rajapaksa claimed that the government soldiers "went to war with a gun in one hand and the Human Rights Charter in the other." The most chilling parts of this documentary were trophy footage taken by said soldiers. They showed blindfolded prisoners being executed; others being tied to coconut trees to be tortured and killed; naked bodies of women being loaded like sacks of grain onto trucks. In one particularly horrific sequence, women lie stripped naked on the ground as soldiers ogle them, with one saying, "I really want to cut her tits off."

When this documentary first aired, the Sri Lankan government was conducting an international seminar on how to defeat terrorism while pursuing a "zero civilian casualty" (a seminar attended by representatives from the US). Afterwards, Sri Lanka's government quickly went on the defensive. These videos, it claimed, were nothing more than propaganda created by Tamils seeking asylum, and the atrocities depicted had been carried out, not by government forces, but by the Tigers themselves.

But while the LTTE was responsible for its own human rights violations, the atrocities attributed to government forces have been corroborated by civilian accounts. And Christopher Heyns, UN's special investigator on extra judicial killings, brought in a number of experts to check the authenticity of the videos. They all came to the conclusion that they were not faked.

Despite this, the Sri Lankan government refuses to investigate these incidents, and still refers to its offensive as "a humanitarian operation that saved half a million Tamil lives".

More nuanced are the critiques that the Western media, angered by being excluded from the front lines by the Sri Lankan government, has focused unduly on the atrocities committed by the Sri Lankan troops, giving the LTTE a free pass. Furthermore, it is claimed that this documentary serves as nothing but an unwarranted distraction from more important issues, such as steps to reconciliation and economic concerns.

Yet this documentary did show crimes alleged to have been committed by the LTTE. And it is the Sri Lankan government that is threatening freedom of press, with allegations of having murdered journalists, and it is the Sri Lankan military forces that are currently in power in former LTTE areas, where accusations of human rights abuses against the Tamil population continue, and where foreign observers and international agencies are allowed little access. As Peter Splinter of Amnesty International says, "If the military which basically attacked the civilian population continues to govern, and there is no accountability for what they did, how can people learn to trust?" And it seems unlikely that the above claim -- that investigating atrocities is an unwarranted distraction -- can be made by one who has been, and might still be, a victim of said atrocities.

President Mahinda Rajapaksa had US support before launching his offensive against the LTTE, and despite the mounting evidence for crimes against humanity, this doesn't seem to have changed. US Secretary of State Hilary Rodham Clinton visited Sri Lanka in May 2010, just a few days after the release of the International Crisis Group report on Sri Lanka, which alleged that top military and political leaders could be responsible for war crimes. She said, in her official statement, "I want to thank Minister Peiris for our productive discussion today and commend him for his commitment to the reconciliation process. The United States pledges our continued support to Sri Lanka."

As Siritunga Jayasuriya, Chair of Civil Monitoring Commission and Sri Lankan Coordinator of the ‘Stop the Slaughter of Tamils’ campaign, stated, “This war to end the 'terrorism' of the Liberation Tigers of Tamil Eelam, as defined by the Rajapaksa regime, was clearly an extension of George W. Bush Junior’s call for 'global war against terrorism' after the 9/11 debacle in New York. It gave the Rajapaksa regime the license to label any one who opposed his brutal war as 'a traitor' or as a 'terrorist supporter or sympathizer' just the way Bush called his opponents a 'threat to the national security of the USA.'"

And in an environment where a "war on terror" is seen as enough reason to condone human rights violations against vulnerable populations, as witnessed by the Kill Team photographs and the imprisonment and abuse of detainees in Abu Ghraib, it should perhaps come as no surprise that the US, as well as others in the international community, are reluctant to hold the government of Sri Lanka accountable for atrocities committed.

Sri Lanka's Killing Fields can be viewed for free at the Channel 4 website through Monday June 20. 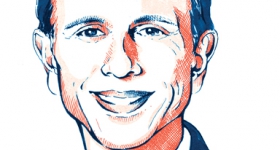 Raja wrote on Mon, 06/20/2011 - 5:53am
Anyone who familiar with the Tamil Tigers knows that this she is wearing a casual uniform of LTTE a terror organization. No matter how sad looking they are as they continues to killing Sri Lankan people it has to be eradicated.
Kirti Kamboj wrote on Wed, 06/29/2011 - 10:12pm

I'm familiar with the Tamil Tigers, but I don't know that she is wearing their casual uniform. Can you point me to evidence that verifies this claim? And I know that there have been Tamil Tiger suicide bombers that have killed civilians, but I don't see how this justifies the mass killings the government forces stand accused of.

Also, your representation of a girl child -- who is doing nothing more than quietly protesting an action that will have tragic repercussions -- as someone who has to be "eradicated" is something I find chilling.

Anonymous wrote on Wed, 06/22/2011 - 5:47am
LTTE was the most ruthless terrorist organization that hoodwinked the western world for the past decades, abused western tax payer's money and carried out ruthless killing in Sri Lanka for 30 years. Channel 4 is headed by LTTE supporters who use it as the tool to propagate mis-information to hoodwink the world. These are ruthless killers who broadcast fraud to the world
Kirti Kamboj wrote on Wed, 06/29/2011 - 9:41pm

The LTTE is considered a terrorist organization by most Western countries, and your claim that they have hoodwinked the western world for the past decades seems as inaccurate as your characterization of Channel 4 as nothing more than a propaganda machine for the LTTE. It seems the type of reasoning that would label anyone who protests human rights abuses against Tamils by Sri Lankan government forces as being a supporter of terrorists.

Apologies for the delayed reply; I was out of town until recently.