His announcement was expected as Lee had been signaling his intention to run for the last several weeks. When he was appointed interim mayor in January, Lee vowed not to run for a full term. He jumps into a crowded race with an excellent chance of making history as the city's first elected Asian American mayor.

Lee stood with his family today when told reporters, “Things have changed at City Hall over the past seven months and because of that I've changed my mind.”

Lee says he was also persuaded by figures like US Sen. Dianne Feinstein (D-California), also a former interim mayor of San Francisco, who encouraged him to run.

His opponents and others are concerned that Lee will be under the influence of two of San Francisco's most formidable power-brokers, Rose Pak and former mayor Willie Brown, who convinced him to take the interim position and orchestrated his appointment.

Rival candidates have come together to call for an ethics investigation into the connections between Lee and a campaign launched earlier this year -- RunEdRun.org -- by an organization called Progress for All to encourage him to enter the race. Lee has said he has no involvement in the campaign.

These controversies aside, Lee's supporters continue to remind San Franciscans that his tenure as mayor has established a new tone of cooperation and consensus-building. Few seem to deny this. Observers have spent the last several months lavishing praise upon his practical, understated style. Indeed, the impression Lee has left with city bureaucrats and residents alike is that he just wants to get things done.

As a result, many have speculated that Lee would easily walk away with the election if he were to throw his hat into the ring, although the city's newly adopted ranked-choice (also called “instant-runoff”) voting system may complicate that calculus. Under the new system, voters will have to name their first, second and third choice of candidates.

A recent CBS 5-SurveyUSA poll hints at unpredictability come November. Only 35 percent of voters would choose Lee if the election were held today. Although the gap between him and the next closest candidate is large -- 25 percent -- his lack of a clear majority would subject him to the system's vote distribution procedures.

Lee will certainly be mindful of the surprise the system produced just across the Bay last year. In Oakland, the current mayor, Jean Quan -- the city's first Asian American and first woman mayor -- pipped frontrunner Don Perata at the line after ranked-choice tabulations were made.

Tonight, Lee will have an opportunity to face his opponents and speak more about his decision at what promises to be a tense and fascinating mayoral debate at the Castro Theatre. 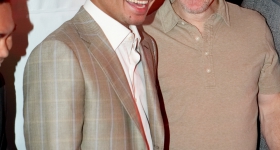 David wrote on Mon, 08/08/2011 - 5:44pm
While Ed Lee has done a good job as interim mayor, I'm disappointed he has now turned into yet another lying politician. I would have respected hI'm if ge didn't go back on his agreement when he was appointed interim mayor.