Latest CA Redistricting Maps Satisfy Most Minorities -- But Not Latinos

Now that the California Citizens Redistricting Commission has approved new political boundaries for the state, civil rights groups are weighing what impact the maps will have on communities of color.

On Friday, the commission voted 13-1 to approve final maps for the state Assembly, Senate and Board of Equalization and 12-2 for the congressional maps. How well the redrawn electoral districts serve communities of color depends on the ethnic group in question.While groups that represent Asian Americans and blacks are mostly satisfied with the maps, representatives for Latino organizations are dismayed that the redrawn districts don’t give Hispanics more political power, considering the Latino population boom over the past decade.Steven Ochoa, national redistricting coordinator for the Mexican American Legal Defense and Educational Fund, acknowledges that the new maps are “an improvement over the first-draft maps, which were drawn in complete absence of consideration of the federal Voting Rights Act.” But compared with MALDEF’s own proposed maps, he adds, the redistricting commission “missed many opportunities for Latinos.”Ochoa is particularly concerned with how the commission drew Senate districts in the Central Valley, the Inland Empire and the San Fernando Valley. He argues that the commission weakened Latino voting power in these areas and removed a majority Latino district in Orange County.The new Senate maps actually reduce the number of districts where Latinos can elect candidates of choice, argues the National Association of Latino Elected and Appointed Officials (NALEO), which is also upset that the commission only created one Latino-majority Assembly district and congressional district in the Central Valley.“The Latino community contributed to 90 percent of California’s growth,” says Rosalind Gold, NALEO’s senior director of policy, research and advocacy. “That needs to be reflected in more places on the commission’s maps.”At the same time, Latino groups praise the commission for adding Latino-majority congressional districts in the San Diego area and the San Fernando Valley and Assembly districts in Los Angeles, Imperial and San Diego counties.A Brand-New ProcessStates are required to redraw their electoral districts every decade, using the latest Census data.California’s redistricting process is brand-new this year, the result of voter-approved ballot measures in 2008 and 2010. Instead of allowing politicians and power brokers to draw their own political districts, the new process turns control over to 14 ordinary citizens. The new commission has two weeks to make final changes to the maps, which must be approved on August 15.Eugene Lee, voting rights project director of the Asian Pacific American Legal Center, says his group initially had misgivings about a citizens commission leading the redistricting process. Over the past several months, however, he’s been impressed by the panel’s efforts to be fair and balanced.“This particular set of commissioners has shown a great commitment to the state of California,” he says. “They’ve shown a lot of aptitude in getting up to speed and learning about redistricting and the ability to consider testimony from all of California...coastal communities, farming communities, small business interests. There’s quite a diverse range, and they should be commended for the effort.”At the same time, Lee says that the Asian American community suffered some setbacks in the redistricting process. He is especially concerned about the decision to split Orange County’s Little Saigon community into two congressional districts -- folding some Vietnamese American residents into the same district as the affluent coastal communities of Newport Beach and Laguna Niguel.“The residents of Little Saigon tend to have very different socioeconomic needs [than those parts of Orange County],” Lee says. “Residents have needs for language access. They’re mostly immigrants or refugees.”In Northern California, concerns have been raised about the decision to split the largely South Asian community in Fremont between congressional districts. On the other hand, Asian Americans in Los Angeles won a major coup when the commission kept the communities of Little Tokyo, Koreatown, Chinatown, Thai Town and Historic Filipinotown in the same Senate district. This marks a departure from 2001, when LA’s Asian communities were carved up, diluting their voting clout.Asian-Americans Should Be "Thrilled'?“I think that the Asian American community has got to be thrilled. They got lots of attention to their wishes throughout the process,” says Douglas Johnson, a redistricting expert and fellow at the Rose Institute of State and Local Government at Claremont McKenna College in Claremont.The redistricting process turned out to be more of a roller-coaster ride for Latinos, he says, because the commissioners had a harder time figuring out how to take the U.S. Voting Rights Act into account. In the future, he says, the commission needs more guidance from lawyers and consultants who have a deep understanding of the act.As it is, lawyers for MALDEF and NALEO are scrutinizing the maps to make sure they comply with the Voting Rights Act.For all these shortcomings, Johnson still thinks the new redistricting process is a significant change for the better. With the commission in control, “Communities were the focus rather than incumbents. It wasn’t the incumbents drawing the lines and intentionally slicing up cities and communities [to their advantage].”Erica Teasley Linnick, coordinator for the African-American Redistricting Collaborative (AARC), points to another a major improvement over the old system -- transparency.“We got to watch them move lines around,” she says. “We could watch on the computer and see how the process actually works.”Still, Teasley Linnick has reservations about the panel's process, which at times seemed to threaten the political power of L.A.’s black community, as well as the final results. Days before the maps were released, AARC discovered that the Vermont Knolls neighborhood in South Los Angeles was left out of the Inglewood district, which includes other communities near Los Angeles International Airport. “It was a very easy fix,” says Teasley Linnick, who had spent months stressing the importance of keeping LAX-affected communities together. But the commissioners wouldn’t budge.Adding to her frustrations: Even though the public is supposed to have two weeks to comment before the maps are certified on August 15, the commission has said it will only make technical changes. As a result, there’s virtually no chance that it will remap the Vermont Knolls neighborhood, Teasley Linnick says.“How meaningful is it to say, ‘We want to hear from you, but we can’t make any changes?’” she asks. “Why even offer us the opportunity to comment?” 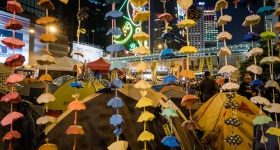 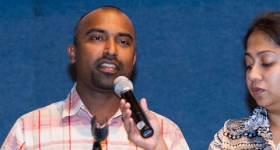