A Korean woman in Arizona, who was adopted and brought to the US when she was eight months old, is facing deportation after a second conviction for theft, reports the Korea Times. The 31-year-old mother of three is currently being held in a federal detention center in Arizona.

According to officials from Immigration and Customs Enforcement (ICE), Seo (not her real name) was first convicted on theft charges in 2008, for which she served a seven-month sentence. She was arrested on a second theft charge in 2009, and sentenced to a year-and-half in jail. In January, ICE initiated deportation proceedings against her, requesting for a travel certificate from the Korean consulate in Los Angeles.

Officials say the decision to deport the woman was based on the nature of her crimes and on the likelihood of repeat offenses. Current law stipulates that legal residents can be deported if they are convicted for crimes involving drugs, prostitution or other nefarious activities, or if they are sentenced to more than a year in prison.

The Korean consulate, meanwhile, has requested that the deportation decision be withdrawn for humanitarian reasons, citing the fact that the woman has never returned to her country of birth since her adoption, her inability to speak Korean and her three children, all of whom were born in the United States.

According to Korea’s L.A. Consul General Jae-soo Kim, it would be “impossible for the woman to live a normal life in Korea given that she has no contact with relatives or friends there.” That aside, he adds, being a single mother, her deportation would leave her three children at the mercy of government institutions.

“Although [she] was adopted as an infant, she is only a green card holder and not a citizen,” says Kim, adding that adoption laws were changed after 2004, long after Seo’s adoption, to grant adoptees citizenship 45 days after their arrival in the country. “I’m not sure why she never applied for citizenship as an adult,” he says.

According to ICE, a large number of adoptees have been deported in recent years. Many of them said they were unaware of their non-citizen status.

“For the sake of Seo and her three children I hope ICE reconsiders their decision to deport her.” 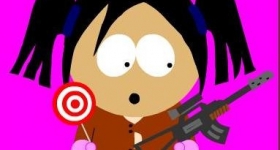 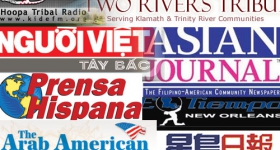 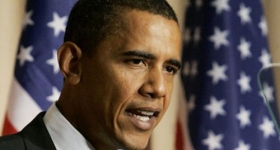 tammy wrote on Fri, 01/21/2011 - 5:09pm
Thank you for posting! In looking for more info and the original article that ran in Korean (because a translator is acknowledged), I notice that this repost cites Korea Times, and New America Media cites Korea Daily. Could you clarify/help us locate the correct source?
Sylvie Kim wrote on Mon, 01/24/2011 - 11:09am

Kangster wrote on Fri, 01/21/2011 - 5:46pm
...stealing is wrong. don't do it. twice.
are you serious? wrote on Sat, 01/22/2011 - 4:16pm
to kangster: are you effing serious? "stealing is wrong"? that's your commentary? the US doesn't send any of its other citizens that it incarcerates to random foreign nations -- and it makes absolutely no sense to send transnational ADOPTEES to the country from which they were adopted. your privilege and assholery are beyond normal privileged KA bullshit (and, yes, i'm assuming you're KA because of your trite "kang"-ster handle). i'm so sick of As Ams in the US who have the privilege of citizenship/status (which is easily tenous according to ICE) declaring insipid & dangerous comments such as this to pander to their own ability to climb the racial/social ladder and distance themselves from real-ass shit. there is absolutely no justifiable reason to deport this woman to ROKorea (and i don't give two shits about the deportation laws about convicted persons). this is beyond outrageous and if you don't care about this person because she is an alleged/convicted thief, then at least use a modicum of critical thinking skills and consider how this affects your own status and validity as a citizen.
Anonymous wrote on Sat, 01/22/2011 - 5:51pm
The point SHOULD be, if you are willingly ADOPTED by a presumably American family, taken from your homeland and brought to the United States, the family adopting should bear the responsibility to make sure the kid becomes a citizen before 18. This makes absolutely NO SENSE!
Anonymous wrote on Sun, 01/23/2011 - 2:45pm
http://www.koreadaily.com/news/read.asp?art_id=1139227
Adoptee wrote on Sun, 01/23/2011 - 6:41pm
Stealing isn't right, but deporation seems very extreme here. This woman was brought here as an infant, with no say in the matter, and her original language, culture, and people were left behind as if they didn't matter.  The idea that it is OK to force her to go back to Korea when is IS an American and has lived in American culture her entire life, based on her race and birth place, is a failure of this country to understand issues of race as they pertain to Transracial adoption and the impact that it can have on adopted citizens.  It's nice for people to stomp around and claim the wonders of adoption and advocate for more children to be able to be adopted to the U.S. from other countries and cultures, but most people fail to recognize that they're not treated fairly or equally by law, private domestic infant adoptees no acception, once they're adopted here.  The U.S. has had discriminatory policies against adopted person in effect for over 100 years.
Anonymous wrote on Mon, 01/24/2011 - 10:52am
How do we affect change in this case and others? A posting from 2007 from the Transracial Korean Adoptee Nexus citing other adoptee deportation cases. http://kadnexus.wordpress.com/2007/04/02/many-transracial-adoptees-facin...
Anonymous wrote on Tue, 01/25/2011 - 2:31pm
Looks like there are many others in the same predicament, but has any of them actually been sent back?  I don't see any reason why their countries of origin would accept them back.
Korean Focus wrote on Tue, 11/15/2011 - 1:27pm
A petition is circulating on Change.org demanding a change to current law to grant citizenship to all US intercountry adoptees and allow deportees to return to the United States. Please share far and wide to gather as many signatures as possible to present to the Congressional Coalition on Adoption. The petition can be found here: http://www.change.org/petitions/citizenship-for-all-us-intercountry-adop....