A recently-released study on teens and bullying shows that Asian American teens are the most bullied group in the US. Our contributing writer Helen I. Hwang re-caps the study:

A new study showed once again that Asian American teenagers are the most bullied ethnic group in the U.S., which I discuss in the recent article “In the Face of Bullying” in Hyphen’s current print edition. Results from a 2009 survey of 6,500 students funded by U.S. Justice and Education departments that 54 percent of Asian American teenagers are bullied in school, an overwhelming number compared to their white peers (31.3 percent), African American peers (38.4 percent) and Hispanic peers (34.3 percent) who are harassed.

Cyber-bullying is an even bigger problem for Asian Americans. Sixty-two percent of Asian American kids are harassed online at least once or twice a month, compared to 18.1 percent of white teenagers.

In late October, the White House Initiative on Asian Americans and Pacific Islander held an anti-bullying summit in New York City. Attendees listened to several speakers, including Trang Dang, the Philadelphia teen who was beaten up by a gang of classmates on the way home from school, and Loan Tran, a gay Asian American teen from North Carolina. Both are featured in Hyphen’s bullying article. Assistant Attorney General Thomas Perez who brokered the settlement with the Philadelphia School District on behalf of the Justice Department also spoke at the summit.

While policymakers and educators are grappling with why bullying is so predominant among Asian Americans, Hyphen interviewed psychologists and academics to find out about some of the causes and why bystander intervention is so important to stop the bullying.

Read more about Asian Americans and bullying in the current issue of Hyphen, and share your thoughts on this topic below. 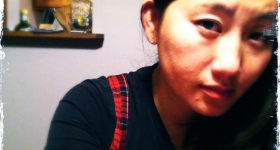 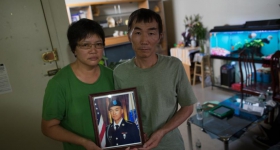