This piece originally published at the Alhambra Source.

The average American family might celebrate the holidays with an elaborate home-cooked dinner and football.

Not mine. Las Vegas is where we went for Thanksgiving, and where we’ll be for the Christmas season.

Like other Asians on my Alhambra block of suburban L.A., my family retreats to the valley of slots, show girls, shopping and -- last but not least -- huge buffet dinners. Rather than going to grandma's for the holidays, we pool our casino loyalty points so we can book two-bedroom suites which have TVs built into the bathroom mirrors and four-person Jacuzzis.

The buffet at the Belaggio

A visit to travel agencies around Valley Boulevard confirmed that the
Asian migration to Vegas was not limited to my family and neighbors.
“Thanksgiving is when we see the most business,” says an agent who has
been selling vacation packages for more than a decade to a mostly
Vietnamese and Chinese clientele. "Christmas too."

Just after dawn on Thanksgiving morning we crammed ourselves into our biggest SUV -- an Acura MDX packed with as much peanuts, beef jerky and jackets we can manage (I don’t know why my parents think going to Vegas is a trip across Alaska).

After a few outlet stops, we arrive at the lobby at MGM Grand Hotel
on Thanksgiving Day. The green-and-white marble hall is overrun with
styling Chinese and Korean teens and 20-somethings, trying not to be
seen with their gaudy windbreaker-sporting parents.

And they’ll
split soon enough. While the MGM’s casino arm grabs the adults with
enticing gaming packages, the resort arm grabs the younger crowd with
exhilarating events like the Billboard 2011 KPop Masters -- an action
packed, hard thumping concert where sensational boy/girl bands like
DBSK, SHINee, and Brown Eyed Girls perform back to back for two nights.

The author's sister next to the KPop Masters 2011 lineup

My family made its way past the gaggle of giggling fan boys and girls to our room. “Buffet” now becomes the unspoken commandment. We pick from the Rio, the Flamingo or the Wynn buffet halls. Somehow, despite having most of our extended family here in line, there will always be a fourth cousin or uncle ShenMeMingZhi asking to cut in with us. It’s a family reunion built on impatience, extravagance and eating food cooked by other people; not much unlike a traditional American Thanksgiving, actually.

It used to be that after these three-hour gluttony marathons, I would escort my younger cousins to the little pocket arcades dotting the Strip: hidden away like shameful secrets in the lower lobbies of the New York-New York, Monte Carlo and MGM.

But not this year. As a newly minted 21 year old, I headed to a
gambling hall that brought to life my adolescent fantasies: The Pleasure
Pit. Placed inside the Planet Hollywood casino, the Pleasure Pit boasts
a 100% young female staff wearing the kind of lingerie that will trick
you into thinking you’ve already gotten lucky.

A croupier in the Pleasure Pit

After a few watered-down drinks at the bar, I settle into my last game of Blackjack for the evening. A slim fishnet-furnished, corset-constrained stripper/dealer looks at my ID. She leans in over the table, still holding my card hostage. “I grew up in Alhambra," she half-whispers. "I went to San Gabriel High.”

I stammer that I went to another Alhambra high school, Mark Keppel. Then she tells me she's been a croupier at Vegas for 17 years, though she doesn’t look a day over 29. She studied business at some small community college in L.A. but then things got expensive. So she ran to the Strip where money was good as a hostess and...

I think she caught me staring at her chest.

This scenario had played out very differently in my 16-year-old imagination. I retreat back to the suite‘s massive Jacuzzi to watch football on the TVs built into the bathroom mirrors. I had three hours to rest up before my family met again for the Thanksgiving breakfast buffet.

Are you in Vegas this weekend? We wanna see your pics! Upload your photos to our Facebook wall, or send us a tweet.

Paul Wong has been a fellow with the civil rights group Chinese American Citizens Alliance, and a production internship with National Public Radio’s “All Things Considered” in Washington, DC. Outside of writing for the Alhambra Source, Paul organizes teaching materials for Gooru Learning: an online resource for K-12 math and sciences. 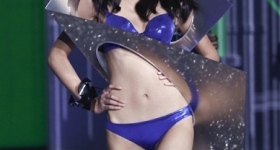 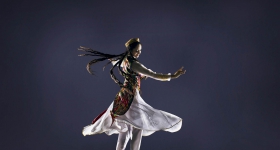