When I heard that Community was going on extended hiatus, I thought, “There goes one of the few shows where ‘diverse cast’ didn’t mean ‘one black guy.’” It was nice to see actors from a broad range of ages and ethnicities, and what really stuck out to me was the odd-couple duo of Abed and Troy played by comedic actors Danny Pudi and Donald Glover. Much of the time, I didn’t know whether to laugh my head off or bash my head in from their
ridiculousness.

It turns out that Donald Glover is part of another odd-couple duo in real life: Donald Glover in real time, and rapper Childish Gambino in studio
time. There’s a lot more to Glover than his likable Troy character. As Gambino, his first label release, Camp, which came out in November, reflects the angst and anger Glover felt growing up in Stone Mountain, GA, where he was, for a while, the only
black kid in his school.

I had been tipped off to its contents by a friend who writes for a legit hip hop site, but, despite his warnings, I still wasn’t quite prepared
to hear so many things unprintable in Hyphen. At first, it almost didn’t seem real. I mean, seriously? Consider these lyrics from the song “Bonfire”: “This Asian dude, I stole his girl, and now he got that Kogi beef.”

Or, from “You See Me”: “I need some variation/Especially if she very Asian.” Actually, that song is sort of an ode to Asian girls, in a
leery kind of way.

Then “Backpackers” had this gem: “I got a girl on my arm dude, show respect/Something crazy, an Asian, Virginia Tech.”

Whoa, man. You’re talking about the most horrific school massacre in modern history. The fact that it was perpetrated by a Korean American sent
seismic waves through the Asian American community. I know comedians
have long used irreverence as a way to hold a mirror up to society or
for shock value, but Gambino’s casual drop of VT, particularly as a non
sequitur to a line about girls, adds nothing to the conversation. It’s
lazy. Talk about (not) “showing respect.”

You got me, buddy. I have no idea what that means. However, I’m going to
defer to history, where ‘yellow’ was commonly used as a pejorative to describe Asians for our skin color. Coupling that with 9/11 and Persian girl? For a guy who is so sensitive as to how blacks are portrayed in the US, he sure doesn’t seem to care about slinging slurs at people from other races.

These lyrical misfires are especially odd because, overall, Glover/Gambino seems to be a pretty racially conscious guy. In an interview with NPR, he notes that it can be difficult for young black kids to find their own identity because they are constantly told how they should act, what they should
like. Kids who don’t conform pay the price of becoming ostracized. Though he did try to change other kids’ minds by becoming a likeable kid, adult Glover is out to please no one but himself.

Or is he? I disagree with the writer of that previous article. Gambino still seems to be deeply concerned with how he is perceived by others. In “Kids Keep Up,” he preemptively defends himself against having an
Asian fetish by saying:

You made a mistake
These dudes, man, you bathing in apesFinding you is like finding Asians I hateBut they say I got a fetish, nah, I’m skipping all of itBlack or white girls come with a set of politicsThat’s all I was saying

Oh, I see. Totally okay! Asian girls are politically neutral, and therefore that makes him exempt from accusations of racism or fetishism! Why didn’t I think of that? I must have missed the memo somewhere about Asian women having less agency than women of other races.

But, as my fiance pointed out, perhaps what Gambino is trying to say is that if he is with a black or white woman, society will judge him based on the color of his companion. In the song “Not Going Back” from the Freaks and Geeks EP he says: “Relax, black chick, I think that I have offended thee/Got nothin' against the sistas, I just don't think they're into me” which also seems a preemptive defense about his racial preferences. But no one says anything if he’s out with an Asian woman; Asians aren’t the majority, but they are the forgotten minority. So, apparently it doesn’t matter.

Here’s the thing, though: his views on his upbringing in our multi-layered
society are something that many people of color can relate to. My friend (an Asian American woman who actually met Glover after a concert) told me, “I have a love/hate thing with him. I love him because he’s so honest, but some of his stuff is, um, too much.”

Many a person of color can relate to feeling like an outsider. Glover’s in the position of not being “hood” enough for the rap industry, but too “black” for the indie crowd from his previous albums. And through it all, he does not feel “black” enough in general. This kind of identity confusion is one that many of us are familiar with. I can’t count the number of times I’ve been told I was “too Asian” by one group of people ,“too white” by another, and too whatever else by  a third. Sometimes it hurts and sometimes it makes me mad, but at the
same time, I know exactly what they mean. Sometimes you don’t fit comfortably into any boxes. You deal with it, and get on with your life.

Glover is not dealing with it. He’s tired of feeling powerless, tired of trying to gain acceptance -- and yet, he can’t seem to help himself. He can’t seem to stop trying. Rather than celebrate what makes him different from other artists, he falls back on run-of-the-mill hip hop posturing and lazy rhymes. Perhaps objectifying Asians, women and Asian women in his lyrics is the only way he can feel the measure of power and control that he believes he should have but doesn’t receive in real
life.

What makes Asians and Asian women such a casual punchline for him when he’s
clearly distraught over black/white racial dynamics? It’s kind of pathetic -- or troubling? -- that someone with as much wit and talent as Donald Glover would find Asian women a comfortable target. 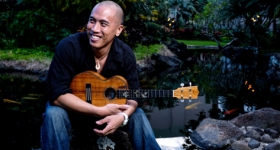 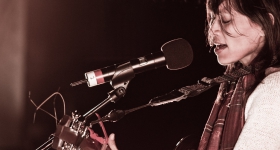 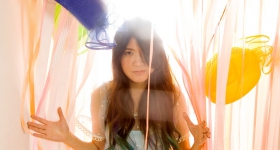