Looking Back at 2011’s Asian Americans in Film

Patrick Wang's In The Family

This post focuses on narrative features. Check back for part 2 which takes a look at the documentaries released this past year.

For Asian Americans in mainstream Hollywood, 2011 was an eventful but
not exactly spectacular year. The year kicked off on a little sour note
with The Green Hornet, which featured Taiwanese pop icon Jay Chou
as Seth Rogen's martial artist sidekick with a rather lame grasp of
English (stereotypes galore, once again). The movie quickly disappeared
from the multiplexes, presumably taking along with it Chou's future
prospects in Hollywood. In the spring came the juggernaut that was Fast Five, Justin Lin's latest Fast & Furious installment, which not only broke box office records,
but also cemented Lin's reputation as a very talented director of
action films. Certain critics lauded the film for employing a truly diverse, multi-ethnic cast, uncommon in Hollywood. Following Lin, another major Asian American director, Wayne Wang, brought out his latest work, Snow Flower and the Secret Fan, a US-China co-production based on Lisa See’s novel of the same name. Despite the great amount of money spent on PR to push this film -- which starred two of Asia's biggest female stars, Li Bing Bing and Gianna Jun -- the film was universally panned (with a 20% Rotten Tomato rating to date) and failed quite miserably at the box office. Ouch. I hope Wang recovers from this, but first he needs to find himself some better scripts. Maybe give Paul Auster a call again? Finally as the year-end approached, we were graced with the long-awaited 3rd installment of the Harold & Kumar series, A Very Harold & Kumar 3D Christmas. It did not disappoint and many hailed it as the best of the series.  We love these guys and we can only hope for more to come.

And that’s about it for mainstream cinema. Thankfully, once again the indie side of the industry picks up the slack and showcases the truly exciting things happening in Asian American cinema.

Let’s start with Circumstance, an intimate drama with plenty of political verve that centers around the sexual rebellion of two Iranian girls. The film won the Audience Award at Sundance this year for director Maryam Kershavarz. It's also another film produced by indie maverick Karen Chien.

Next we have Beautiful Boy from director Shawn Ku, an intense and attentive study of two parents dealing with the trauma of a tragic campus incident involving their son. This film picked up a FIPRESCI award when it premiered in Toronto in late 2010, and was released nationwide in theaters in June. Sadly, it went unnoticed by most audiences despite the positive reviews. Maybe the subject matter is a little too heavy and hits too close to home for some. Switching gears to the lighter side of the dramatic spectrum, Surrogate Valentine is an ultra-low budget (reportedly around $30,000) but cheerfully spirited film drawing inspiration and performance from musician Goh Nakamura. At every festival where Surrogate Valentine screened it was a hit. A great example of quality indie filmmaking that thrives in spite of its production constraints.

As a former Hawaii resident, I'm always happy to see movies made in and about the islands, and this year we were fortunate enough to have two of them! First up is One Kine Day from first-time director Chuck Mitsui, which gives us a rare and genuine peek into life on the wild West side of Oahu from the perspective of a free-skating teenager. While not a great film by any means, it’s brimming with a sense of authenticity and clearly a labor of love.

Knots, the new film from one of my favorite Asian American directors Michael Kang, is a light-hearted comedy set in on the North Shore of Oahu about a local lady, her three daughters, and one crazy wedding business they run together. The movie is written by and stars Kimberly-Rose Wolter (whom some of you may recognize from Eric Byler’s Charlotte Sometimes) and Sung Kang. Knots is the perfect antidote to the blatant tear-jerking moves of this year’s Hollywood Hawaiian movie, The Descendants. Don’t get me started on that one... Then you have In The Family by another first timer Patrick Wang, a film that came out of nowhere and quickly became a critical darling. As you might have heard by now, the story of this epic film (in length, at least) is about one gay man’s quest to win back the custody of his deceased partner's son. After being rejected by over 30 film festivals, the movie finally got recognition from festivals in Hawaii and San Diego. Since then, this self-distributed release has become a great success in New York City. Let's hope the film shows up in more cities.

Finally, 2011 also saw the long-awaited second feature from director Bertha Bay-sa Pan, nine years after her great 2002 debut Face. Her new film Almost Perfect is a comic-drama about the tough choices facing an ambitious career woman (Kelly Hu) and the crazy family that makes everything just that much more difficult. The film premiered late in the year at various festivals and has yet to see a theatrical release, but let's hope that changes soon. By the way, after escaping from Hong Kong's entertainment industry three years
ago due to the infamous, ahem, “computer hacking” incident,
Vancouver-based Edison Chen makes a big screen return in Almost Perfect. Does this mean he's back in business? Time will tell.

Whew, that was a lot. But then again, the great number of breakout works from 2011 is a reminder that a very vibrant Asian American film community is at work. While we've yet to reach a time when, at any given month of the year, you can walk into a multiplex and find films with either Asian American leads or directors, progress is being made slowly but surely.

Standouts
In The Family
Beautiful Boy

Future States, a web series consisting of different 20 minutes short sci-fi films on the future of America, featured works from quite a few Asian American directors (Kimi Takesue, JP Chan, and Tze Chun to name a few). They're great little gems. Check them out at futurestates.tv. 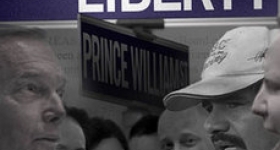 LTE wrote on Sat, 12/10/2011 - 8:04am
I had just seen Snow Flower. Because of the reviews and it's very short theatrical release run, I wasn't expecting much. . Snow Flower's problems were more sins of omission than commission. In trying to cover two different generations of women, the movie had to sacrifice detail and depth creating more of an outline of a story instead of a full exploration of the friendship between these 2 sets of women. This would probably done to meet the 2 hour maximum running time many theater owners like (so they can have 2 shows a day/evening). . What was shown in Snow Flower was good in both acting and photography. While left with the feeling some of the movie ended up on the cutting room floor or never was filmed, there was enough story there to tell about the deep bonds of friendship and the conflicts those bonds caused between the 2 pairs of women.