Last week I got an invite on Facebook to a pleasant Sunday afternoon outing of dim sum in Manhattan's Chinatown, followed by a brief excursion to Chinatown Fair, a nearby video game arcade. Indifferent to the prospect of dim sum, but not to Street Fighter, I eagerly clicked "attending." I grew up in arcades, playing different incarnations of Street Fighter and old airplane shooters as a child, undeterred by game overs and defeats, and rushing back to my mother when I ran out of quarters. I had studying to do but my heart raced in anticipation. To hell with my studies, I exclaimed, and the reading for my Monday ethics course! Give me Street Fighter or give me death!

Alas, I was given death -- not mine, but Chinatown Fair's. The arcade, a popular gaming hub and part of the community since the 1950s, is no more. Chinatown Fair's management issued a press release on March 1 confirming rumors that the arcade is indeed closing, following a failure to resolve a lease dispute with the landlord. Hence mere days before I planned on paying Chinatown Fair homage for the very first time, it breathed its last.

Chinatown Fair was one of few remaining arcades in the US. Once popular in the '80s and '90s, arcades are dwindling in number as the video game market shifts to the home. (A similarly popular arcade in California, called Arcade Infinity, also closed its doors only a few days before Chinatown Fair.) Many popular titles once played on arcade machines are now played on home consoles and handhelds. Few titles are even released in arcade format anymore.

The New York Times wrote a story on Chinatown Fair last August, and there are some excellent photos of both the outside (the old, busted sign says "Vi eo Gam" and "World F mous") and its dark, dingy interior, here. Visible are the glowing screens of several popular old school titles: Street Fighter III: Second Impact, Raiden Fighters, and Pacman. There are also a few photos of Chinatown Fair's infamous "World Famous Dancing & Tic-Tac-Toe Playing Chicken" game. For some change spectators used to be able to watch a chicken dance in a box and play tic-tac-toe -- except it wouldn't dance or play, but rather jump in desperation back and forth to avoid electric jolts from a metal grate beneath it. (Management put an end to anymore chicken dancing over a decade ago.)

There is some talk of reopening Chinatown Fair in Brooklyn's Chinatown in the future, but the legendary and historic 8 Mott St location, at least, is dead. So long, Chinatown Fair. I didn't know you personally, but I grieve nonetheless. Fans shall leave quarters at your grave. 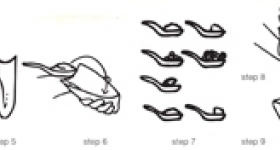 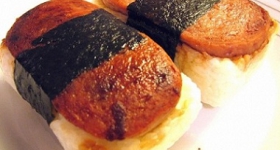 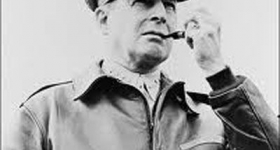 General MacArthur and the Fall of Bataan and Corregidor