GB Tran and Thi Bui collaborated on a graphic essay for our Bittersweet issue.

Cartoonists Thi Bui and GB Tran were meant to be rivals.

Each discovered that the other was writing a graphic novel about their families' experiences during the Vietnam War. But rather than battle each other for dominance, they decided to collaborate on a graphic essay in Hyphen’s Bittersweet issue, detailing the coincidence between their works. In the following interview, they make peace and discuss their art form.

Thi Bui: Hello, GB Tran. My name is Thi Bui. I read your book. I too am a cartoonist and, like you, I’m doing a comic book about Vietnam and my parents. I just want you to know that I’ve gotten over my initial jealous rage at you, and I don’t want to kill you anymore. In fact, I think we could be friends. What do you think?

GB Tran: That’s very admirable and kind of you. If the situation were reversed, I don’t think I’d be handling it as well -- there’d probably be jail time involved for me somehow.

Thi:  I'm a little ashamed about my initial response to learning about your book. Have you actually seen Highlander recently? Did you notice there’s a joke about a guy’s Vietnamese neighbor eating his dog? There’s a problem if I’m taking my behavior cues from a mid-1980s action movie.

GB: Everything I needed to know about life -- especially being a cartoonist -- I learned from Predator. In fact, considering he went on to govern California and then save mankind against sentient killer robots, Arnold Schwarzenegger is an excellent role model for any child of immigrants growing up in the land of the free.

Thi: Where did you grow up?

GB: I was born and raised in South Carolina till the age of 14, then Arizona till 24, and in Brooklyn since then.

Thi: When did you start doing comics?

GB: My first comic series I did at 10. It was called X-Out, about humans piloting giant fighting robots, and ran 4.5 issues. Natural stepping stone to my book Vietnamerica, right?

Thi: X-Out! Oh my god, I want to read that. The way the marker bleeds to the other side of the paper makes me nostalgic for those childhood days drawing crazy stories. Can you describe the environment in which you grew up? What was going on around the ten-year-old you who was drawing robots fighting?

GB: I just remember bits and pieces from those early years in South Carolina. My home life consisted of summers doing math workbooks, my parents driving us kids seemingly epic distances just so we could play with other Vietnamese kids, drawing on the back of paper scraps and playing pretend a lot. As for outside the home -- i.e., school life -- it was pretty uneventful. You'd think being one of the few Vietnamese kids in the Deep South would result in some unwanted attention, but I think there was enough white/black tension that I kinda flew under the radar.

Thi: What made you choose comics as your medium?

GB: The short answer: Ever since I was a kid reading my older brother's Transformers and Uncanny X-Men, comics have been a constant presence in my life. They've entertained, educated and expanded my mind for over 25 years, so the call to contribute to this art form was undeniable. I don’t think I chose comics as much as they chose me.

Thi: You've been working on Vietnamerica full-time for the last two years, right? How does it feel to have it out of your head, bound in a book and out in the world now?

GB: Throughout working on it, I could redraw the entire 300-page book -- every chapter, page, panel, word balloon -- from memory. I'm very thankful I can't do that anymore and have freed up the much-needed brain space for other endeavors.

Thi: Could you explain the premise of Vietnamerica?

GB: It's what happened when "Mid-Twenties GB" decided to better understand his parents. By the time I was born, my parents’ lives in Vietnam were eclipsed by the culture shock of being US war refugees. As they struggled to adjust, adapt and achieve in their new home, they were too busy to dwell on their past and preferred to look towards our future. Consequently, I wasn’t raised on stories of their hardships and lives left behind. Vietnamerica is me uncovering that past, and preserving their stories before it was too late. Thi: Why did you feel the need to make a graphic novel out of your family's stories?

GB: Well, I don't think I'm a great writer or a fantastic illustrator, but I hope I'm just good enough at both to make good comics. I love the medium's unique storytelling potential -- that constant interplay between words and images that can become more absorbing and poignant the more the audience invests in it. Applying it to my own family history was a challenge I couldn't resist.

Thi: What are the challenges of doing autobiographical/non-fiction comics that deal with war, loss and painful memories?

GB: A big challenge was not succumbing to the fear of all the criticism that could result in doing this. The Vietnam War affected millions of people in countless polarizing ways, and to explore it in my own voice opens me to the criticisms of others who have as much, if not more, to say and [are] invested in it [more] than I ever could have been. Are historians going to pooh-pooh it because I didn't draw things with perfect accuracy? Are Vietnamese ex-pats going to condemn my portrayal of the war? Are anti-war protesters going to object to this?  Are veterans going to hate that? I realized it was silly of me to worry about reaction from such a wide range of people, and if any of these people actually read it in the first place, then that would be an accomplishment in itself.

Similarly, I had to accept that no matter how hard I tried, it wouldn't be complete. Trying to piece together a single history from family and friends is a very inexact science. When half the people involved in those stories are already dead, and the other living half each have their own different version of the same experience, getting things "right" is impossible. I had to accept that despite all the potential problems that may arise after committing the story to paper, it was the best I could do, given the information and resources I had to do it.

GB: Emotionally, it was extremely cathartic. It was painful to learn about my family’s experiences, but then transforming them into comics to tell a new story was therapeutic and enlightening. Based on the stuff I've seen of your project, I'm sure you know the feeling: that emotional reverberation with every mark you make when you're drawing your mom as a teenager or the village where your dad grew up. In fact, I wonder if your softer, looser, more expressive art adds another emotional layer for you? I feel that the "rendering" tendency of my line work automatically sets up a fence that prevents my emotions from running too wild.

Thi: Yeah... I plan to let myself get pretty emotional with my parents' story. One of my teachers used to bring up Edward Said with me a lot, saying, "All forms of representation are violent." This usually paralyzed me, because the last thing I wanted to do was further misrepresent things, but lately I've been finding a certain freedom in being subjective and totally emotional. I tend to distrust documentaries that give the air of being objective. Everyone telling a story has a bias. How can I not be subjective? So I'll embrace it.

GB: Absolutely! Additionally, you have no control over how your audience will interpret and react to your work so I really didn’t care to promote any specific perspective or agenda with Vietnamerica -- just what was true to me as I connected the dots that brought my family to where they are now. I don’t think documentaries are less biased than, say, war movies, but I do prefer them because they tend to be more grounded in reality and documentation ... if that makes any sense?

Before we wrap this up, can you tell me the driving motivation and goal for your project?

Thi: I had done a family oral history in my twenties with an academic bent, but ultimately my goal was to tell a story from the point of view of Vietnamese protagonists whom you felt like you could know and love. And then I became a mother. Even though the responsibilities of family often get in the way of artistic production, it was that very step into parenthood that helped me feel like I could tackle a very big, weighty subject. I saw my own parents with greater empathy. And that's what I hope will connect readers to stories like ours, no matter what their background: empathy. 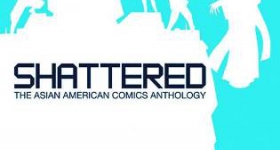 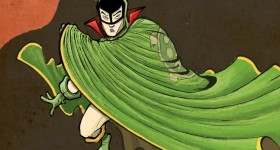