Sex was a taboo subject in Meena Sachdev’s home.

“My parents [from India] are liberal in their ideology, but it is hard for them to break away from the traditions they were raised in,” said the 24-year-old U.S.-born woman, who did not want her real name used for fear of stigmatizing her family.

At school, all the sex “education” she and her peers received was in the eighth grade when they were given a handout containing pictures of male and female genitalia.

“So a lot of what I learned about sex as I grew up was from personal experience. [From family] I learned that I had to give men what they wanted.”

She did exactly that to a young man she met in college, with whom she had a monogamous relationship. He was her first sexual partner.

Before long, Sachdev found out during a routine ob/gyn exam that she was HIV positive, even before her partner, from whom she contracted the virus that causes AIDS, knew he was.

Sachdev is among a growing number of Asians and Pacific Islander women who are living with HIV/AIDS in the United States. About 86 percent of them contracted it through heterosexual contact.

Two other panelists participated in the discussions, as well – Sonia Rastogi, communications coordinator with Positive Women’s Network in Oakland, and Jaimie Kahale-Callahan from Hawaii who has been living with HIV for 20 years.

“Risky sexual behavior among API women is the least scientifically explored [subject]” in the United States, lamented Hahm, who is currently the principal investigator of the API Women’s Sexual Health Initiative Project, which is funded by the National Institute of Mental Health.

Hahm said studies indicate that young Asian American women have the highest rate of virginity and are “very conscious about their first intercourse,” but once they lose their virginity they grow careless. They worry more about becoming pregnant than about contracting HIV.

She said she and her team of researchers interviewed 650 “sexually experienced API women between 18 and 35 years of age in the Boston area. Most felt they were “invincible and wouldn’t contract HIV” even if they or their partners didn’t use a condom during intercourse because of the perception that they belong to a “model minority.”

“We suffer from this Perfect API Women Syndrome,” Hahm observed to laughter.

That perception spills over into the minds of health care providers, said panelist Kahale-Callahan, who has been working in Hawaii with people living with HIV and their partners for more than a decade.

Kahale-Callahan’s experience bears this out. She said that even though she spent time in the hospital with a rash outbreak and other health issues a few years after she was married, doctors tested her “for every viral infection except HIV.”

It was only after her husband was diagnosed with AIDS that doctors tested her for HIV.

Panelist Rastogi said a number of other factors contribute to the HIV risk in API women. Among them are a lack of targeted HIV prevention information and unequal power dynamics in sexual relationships.

Coupled with that, there is a “lot of partner violence” when it comes to condom use, said Rastogi.

The shame and stigma many associate with the disease keeps API women from asking their health care providers to test them for the virus, even if the women suspect they are carrying it.

To make matters worse, health care providers are not reimbursed for HIV tests, as they are for other viral infections, offering them no incentive, Rastogi said.

Panelists said that the Centers for Disease Control’s estimate that only 1 percent of those in the Asian and Pacific Islander communities have HIV/AIDS could be well off the mark, given the underreporting or misclassification of their communities.

Interracial API people tend to check off the “other" category when they identify their race, contributing to the misclassification.

The May 17 event was sponsored by the Asian and Pacific Islander Wellness Foundation, dedicated to educating and supporting API communities, especially those living with, or at risk for, HIV/AIDS. 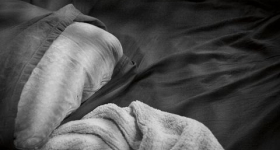