Yuri Kochiyama has come a long way since being imprisoned in a Japanese internment camp at age 20.

Once a devout Sunday school teacher from a predominately white West Coast town, she transformed herself over many years into a hell-raising political firebrand who agitated for black and Puerto Rican rights in West Harlem and advocated for armed revolution abroad. During the civil rights movement, she volleyed with Malcolm X and gained national notoriety when, in 1965, he died in her arms after being shot at a rally.

She has worked to free political prisoners, fought for reparations for the internment of Japanese Americans, protested America’s involvement in the Vietnam War and spoken out against anti-Muslim sentiment following 9/11.

These days, the 90-year-old revolutionary spends most of her time at her home in Oakland, CA, reading, remembering and corresponding with family and political prisoners alike, but she is still routinely sought out for speaking engagements and interviews. From humble roots, Kochiyama became a political and cultural icon within the Asian American community, her work across color lines embodying the spirit of solidarity. 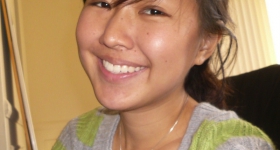 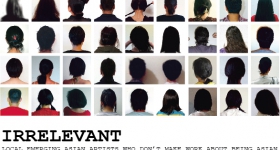 Asian Artists Who Don't Make Work about Being Asian

MagoKid wrote on Sat, 05/28/2011 - 10:38am
I had the honor of meeting Yuri Kochiyama years ago at an ecumenical conference in NYC. As we took a tour of Chinatown, Yuri gave me a history lesson on the massacre of Nanking. It was striking to meet a Nisei who was so politically conscious. I have the utmost respect for her.

Our Favorite Comfort Foods: A Community Collection of Recipes
How to Be An Anti-Racist, Pro-Black Ally: A Resource List
When did you first recognize me as your own?: A Folio of Undocupoets Fellows
Deconstructing Cookbooks
September Lit: "the ear of the sky" by Kimarlee Nguyen
NOVEMBER POETRY: TWO POEMS BY ANGBEEN SALEEM
Future We Dreamed Up on the Page: Poets Tiana Nobile and Muriel Leung in Conversation
OCTOBER FICTION: EXCERPT OF "GO HOME, RICKY!" BY GENE KWAK
NOVEMBER FICTION: SIU² SAM¹
Processing Anti-Asian Violence, through Corky Lee’s Lens
New Documentary Reveals Illuminating Perspectives on Asian American Theater Over the Past 20 Years
An Excess of Wisdom
Processing Anti-Asian Violence, through Corky Lee’s Lens
Corky Lee, Remembered
"Hyphen in Hollywood" Podcast: Writer/Director Emily Teera's Soul Food Serves Up Forgiveness, Fantasy and Finding Your Way Home