Beau Sia performs at our Bittersweet Issue teaser party this Saturday in L.A.

We're getting tons of great responses in the run-up to the event, and have been sharing details over the last week -- so scroll back through the blog if you need to get caught up on who’s going to be spinning tunes, creating art, and dropping rhymes for you at Chop Suey tomorrow, May 7!

We are so excited to have Beau Sia perform at our event! Beau has been captivating audiences for years with his explosive rhymes. Most famously known for his slam poetry, he has been a part of two champion National Poetry Slam teams and a regular on Russell Simmons’ Def Poetry Jam on HBO.

What started out as an innocent form of expression as a kid, trying to impress a girl through his poetry, has since become a lifelong passion of self-expression through his art. From open mic nights in Oklahoma City, where he grew up, to poetry slam competitions in New York City, Beau finally gained nationwide attention with his appearances on Def Poetry Jam, followed by acting gigs in Hitch and Rachel Getting Married.

"I wouldn’t consider myself gutsy or courageous in general, but I just felt like I really wanted people to hear what I had to say," he says. "And I felt determined to make that happen."

These days Beau is expressing himself through song. He just finished writing the lyrics to East West Players' production of Krunk Fu Battle Battle. After that, he will be recording a folk album of his original songs. He turned to the musical art form when he found that “articulating things on an intellectual level through poetry was not helping. [I needed to] actually articulate myself through melody and song to help me get out of some of the places I was still stuck in.”

We guarantee that seeing Beau Sia perform live will blow your mind. It's an opportunity not to be missed -- and you can catch him tomorrow at our Bittersweet Issue teaser party in L.A. See you there! 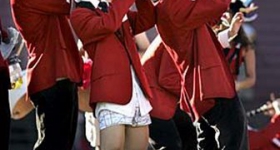 Hyphen College Tour: Stanford, Are You Ready for Us? 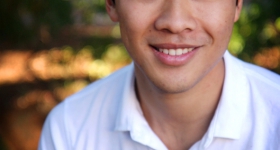 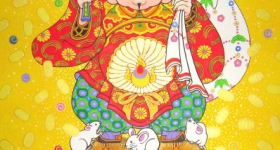