To ensure that your character is unlikable to readers, make her a little too perfect. Give her a successful literary career, make her very beautiful, and give her a rich and handsome husband. Transplant her from Brooklyn to Shanghai and, well, that much doesn't change.

Meiling, the woman with the seemingly charmed life, is one corner in the romantic triangle of Shanghai-born, now Brooklyn-based author Ruiyan Xu’s debut novel The Lost and Forgotten Languages of Shanghai. That charmed life is interrupted when her husband Li Jing sustains a brain injury that leaves him unable to speak Chinese. Instead he can only to talk in the rudimentary English learned during his early childhood in the United States. Enter his American doctor Rosalyn, who has come to Shanghai to escape the pain of a recent divorce and finds herself drawn to her new patient.

There are no romantic heroines or villains in Shanghai -- the novel is sympathetic to all three characters -- but it’s hard not to take sides when one woman is so much more likable than the other. Aside from being a successful poetry editor, Meiling, it turns out, also has a latent talent managing financial derivatives, and takes over as president of her husband’s firm after his accident. Her superhuman abilities are revealed in parallel with Rosalyn’s struggles adjusting as a foreigner in China -- an alienation with which an American audience may identify. Her corn-fed American friendliness also contrasts with Meiling’s icy demeanor. When the two women, in a bid for friendship, go out shopping together in Shanghai, Meiling takes them to the sterile, high-end boutiques of Huaihai Road. Rosalyn prefers chatting and haggling, even in her limited Chinese, at the outdoor booths of Huating Market, whose very mention makes Meiling try “to keep herself from wincing or rolling her eyes.”

Even the tension between Rosalyn and Meiling is hard to maintain because it is unclear why either woman is attracted to Li Jing aside from the fact that he’s rich and handsome, which we are told repeatedly. A man with a brain injury is understandably not at his most charming. While Li Jing cannot speak, his other brain functions are unaffected and he is lucid. Still, even the sections narrated from Li Jing’s point of view -- the novel rotates through the perspectives of all three main actors -- do not add much depth to his character. It is too bad that the characters of Shanghai can’t carry the novel’s emotional weight because it contains worthy explorations of how language can be used in both unifying and divisive ways. For example, Li Jing’s bilingual aphasia -- his inability to speak Chinese, only English -- is akin to Rosalyn’s foreignness. Their common language of English is what initially draws them together. But Li Jing is also unable to communicate directly with his wife and son, relying on human or machine translators as mediators. There is a poignant scene in which Li Jing attempts to win back Meiling, but the choppy sentences as translated by machine ring hollow, revealing the gulf between them.

While Xu has interesting things to say, she unfortunately chooses to actually say them in unsubtle terms: “every phrase in the other language feels like betrayal” and “withholding language is often a patient’s only means of control” and “his words had built an entirely private universe between their bodies.” The prose too often strains to explain.

The ending, written with grace, does redeem some of the novel’s heavy-handedness and concludes with quiet resonance. If only the entire novel had been handled with such care. There are some lyric passages in The Lost and Forgotten Languages of Shanghai and Xu draws a lively, seductive portrait of expatriate life, but the characters are too broadly sketched to stir emotional investment.

Sarah Zhang is a writer based in Cambridge, MA. She is the online editor of The New Inquiry. 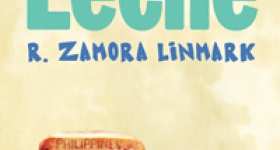