Some years back in Mexico City, I caught an exhibition featuring the Beijing-based artist Song Dong. Song had developed a ritual of writing in what he called a “water diary” -- a stone tablet on which he recorded his thoughts with a simple brush and water. Water Diary, a photo series that documented the practice, consists of a four-part sequence: In the first photo, we see Song’s hand holding the brush, penning a column of characters from top to bottom; by the fourth photo, the words are already fading from the grey stone. Song’s water diary seemed intent on deconstructing the function of diary itself: What is a diary, after all, other than an attempt to record a moment, to capture some version of yourself in time? What is the meaning of a diary that cannot preserve anything? The trick, of course, is that in Song’s photos, the words are preserved. Central to his work is the tension between the photograph and diary itself, the permanence of celluloid against the fleeting imprint of water.

Like Song’s photographs, Maxine Hong Kingston’s latest memoir, I Love a Broad Margin to My Life, attempts to deconstruct the memoir by playing on the central tension between preservation and erasure. Written as a sprawling, globe-hopping long poem, Broad Margin opens with Kingston approaching her 65th birthday and at first appears as an elegiac meditation on aging. It’s soon clear, however, that Kingston is thinking deeply about the act of writing itself. She considers the possibility of a writing practice -- like Song’s -- whose sole intent is not preservation or reflection, but to live in the ephemeral present. “I sit here writing in the dark,” Kingston writes, “can’t see to change these penciled words.” And later: “This well-deep outpouring is not for / anything.”

Thankfully, the memoir does offer more than a metanarrative of the art of writing. In the spirit of reminiscences, Kingston dusts off her old character Wittman Ah Sing, the conflicted protagonist of Tripmaster Monkey, and sets him off on a journey in China. Wittman -- like so many of us diasporics returning “home” -- first renders his country of origins through a self-absorbed lens. “I want / to see for myself my own true China,” Wittman explains to his wife, who he leaves behind. But Wittman’s image of an idealized China is abruptly broken as he witnesses a protest by Filipina domestic workers, who are organizing for better working conditions. Throughout the memoir, in fact, the political cries for social justice keep Kingston’s narratives from falling too far into private navel-gazing, or mirror-gazing for that matter. For every line, in which Kingston is “looking in mirrors, and singling / out [her] face in group photographs,” we are offered a moment with another civic self, engaged in political activism. In one of the book’s most interesting sequences, Kingston describes a protest against the Iraq War, where she finds herself eventually arrested alongside Angela Davis.

Broad Margin uses its central themes of loss and erasure to meditate on our contemporary historical moment, and I found myself compelled by Kingston’s efforts to capture the disjointed landscape wrought by globalization. She describes the city of Xi’an, where Wittman travels, as “a city so old and deep in-country, it has a chance / not to be the same global city.” Later, China’s Cultural Revolution, and not the advance of global capital or the movement of diaspora, threatens to be the great eraser of tradition and li, a term she uses to describe one’s connection to “the cosmos and […] history.” Kingston writes, “I had not lost li, though gone to the West. / They had not lost li -- tradition, / manners, the rites -- though Cultural Revolution.” At times, however, the logic behind such descriptions seems a little too neat. By focusing so heavily on the loss of tradition, Kingston seems to follow her character Wittman’s naïve idealization of the past. How similar are global cities, anyway? And why can tradition, or li, only ever be preserved or lost? Can’t tradition also transform?

This may be the reason the memoir seems to work best when Kingston describes her fear of erasure on a more personal scale. Close to the end of the memoir, Kingston writes “Poetry, which makes / immortality and eternity, did not stop / time,” before producing a long list of friends who had passed away in the four years since she started Broad Margin. It’s a touching moment in the memoir, which brings us back to the senescent anxieties that first began the narrative. In the end, Kingston calls for writing, which is not about aiming towards immortality. She paints a similar scene to Song’s Water Diary when she describes Chinese water calligraphers -- “poets training in impermanence,” who inscribe “fleeting poems” while “the sun / dries it up.” In the context of the book’s meditation on dying, the water calligraphy takes on an existential resonance, and in a moment of celebratory resignation, Kingston ends the memoir by embracing the fleeting nature of her life, and aiming to “become reader of the world, no more writer of it.”

Ultimately, Broad Margin is a dense, complex piece of work, and the pleasure of reading it comes from trying to figure out how its entangled and frayed threads all tie together. While I’m not sure they ultimately do (nor am I sure Kingston ever wants them to), Broad Margin still offers its readers a memorable set of images, narratives, and questions that continue to push against the foundations of memoir, just as her earliest work, The Woman Warrior, did four decades earlier.

Manan Desai is a graduate student at the University of Michigan, where he is completing his Ph.D. in English. 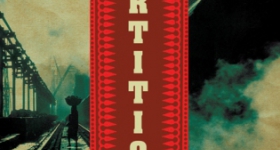 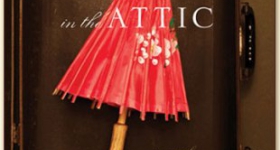 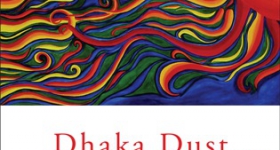