What's in an Asian American Name?

I’m a full-time remote worker. Most of the people I work with on a daily basis have never seen my face, and know me only by my emails and my phone voice. I often wonder about what these people picture, of the face they try to attach to my name. And I wonder if they’d be surprised to know I’m Asian.

I’d been a little conflicted about my name since getting married (as evidenced by this comment I posted on this blog long ago), but my maiden name did not sound particularly ethnic either, and since the baby came before the wedding, I had, in my mind, changed my name to match my family’s -- not just my husband’s.

Before all that, my husband (then boyfriend) and I had tons of added baggage about naming our daughter. We didn’t want to give our child a name too similar to any family members, and we wanted to steer clear of any names on a Top 100 list. We wanted to ensure our kid wouldn’t be stuck in a class with five other people of the same name, and have to take on an awful nickname like “Mike Jones 2.”

Additionally, I wanted a meaningful Asian-sounding name that would flow well with Jones, the 5th most common surname in the United States. Truthfully, and probably because I went to a predominantly white school system in the 80’s and 90’s, I was picturing a teacher reading “Firstname Jones?” off of a roster on the first day of school, seeing an Asian kid raise his or her hand, then saying, “That’s not funny; where is Firstname Jones?”

When our daughter was born in December of 2007, we had already agreed on a name that miraculously melded Filipino and Korean cultures. In one culture, it was the name of an ancient goddess; in another, it translated to “new one.” The name had come easily to us and it fit her perfectly.

Well, we’re expecting our second child’s arrival in February of next year and having this debate all over again. We haven’t started seriously considering any names yet, as it’s still too early to tell if we’re having a boy or girl, but I’m revisiting all the questions I’d previously asked myself about what made a good name.

I’m unexpectedly having to face some old prejudices too.

Of the boys’ names we’ve thrown around so far, we’ve strangely been agreeing on Biblical ones. And we’re still trying to steer clear of any Top 100 names, meaning no Aidens, Jadens, Haydens, Bradens, Maddoxes, Jaxons, Hunters, or Camerons.

But back then, I was concerned about choosing a name that sounded “too white.” Admittedly, I wouldn’t have had a problem naming our child “Michael” if we had a Korean last name — even if it were as common as Lee.

I’m tempted to drop the “ever-so-slightly ethnic” rule of we end up having a boy, but mostly because it really narrows the pool of desirable names. I felt (and still sort of feel) that more liberties can be taken when naming a girl. Although I have no evidence to back this up, my extended family has told me that boys with “weird” names would be more susceptible to ridicule, more subject to beat-downs. But this also comes with the baggage of growing up Asian American in a predominantly white suburb.

And maybe it is because of those ingrained prejudices, but when first considering names, I had come to think that those just-different-enough boys’ names — something like “Bayani Jones” — somehow sounded un-masculine, even though Bayani means something as badass as “hero” and is considered a “truly Filipino” name predating Spanish colonization.

I find it mostly troubling that I think it would make a beautiful name for a girl-child, but not for a boy, and it is documented as a boys' name. I’m trying to unpack why I feel that way, although I should mention that Bayani did get vetoed by my husband, simply because he didn’t like the name.

If you're a parent, did you consider or struggle with the idea of giving your child an ethnic name? Do you think this is an issue unique to third-generation babies, or multi-ethnic households? 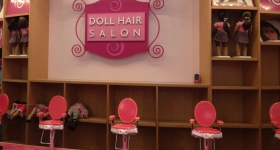 gena wrote on Thu, 08/25/2011 - 1:17pm
except for the part about myself having a name that is not asian-sounding, i could have written this article myself. i am a third/fourth chinese-japanese american woman married to a chinese american man. i totally identify with all of the questions and struggles you're going through. when i was pregnant with my (first and only) child, i, too, went through numerous ruminations about what to name her. i also found it much more difficult to come up with original boys' names than girls' names, and struggled with that conflict (before learning my baby-to-be was a girl). i did not want her to have a "white" name that was meaningless, but also did not want her to have an overly "ethnic" name that would make her the butt of playground jokes (we also live in a predominantly white neighborhood and i grew up in one, as well). i think this is an issue with a lot of third generation babies and multi-ethnic families because many of these parents want to ensure their child identifies with their asian culture. contrast this with second generation babies whose parents are more concerned with their children fitting in and "making it" in american culture and, consequently, name their children more "typical american" sounding names. p.s. we finally decided on the name "jada" because it was a nod to her asian -- mostly chinese -- heritage but still kind of funky, unique, and cute enough to suit a child in this century. overall, i am very happy with this name choice, but must admit that i'm a little conflicted when i find her name among those little pre-printed license plates displays as it means her name is not quite as unique as i had hoped...
claire wrote on Thu, 08/25/2011 - 2:09pm
Admittedly, it was easier for my two, both monoracially identifying parents, but we each got two names: an English one and a Chinese one. It's common in Hong Kong for Chinese to have an English name for use in English-speaking situations and with Europeans, and a Chinese name for use in Chinese situations. My official name in the U.S. (I was born a citizen so I didn't have to decide on a name at any point) is entirely European. But I also have an entirely Chinese name (complete with a Chinese version of my Euro surname) for use in Chinese-speaking situations. My sister lived in China for many years and used (and was called by) her Chinese name. She did the same with her child, who was born in China and has a Chinese father: her Chinese name goes on her Chinese passport, and her English name on her American one. This may not be available to you, having three different cultures to negotiate, but maybe consider giving the baby one of each? Another possibility is finding an ethnic name that shortens to a common Euro-American name: Actually, "Bayani" would be a good choice, since you can shorten it to "Bay," (with a little change of pronounciation) which isn't common, but also isn't a standout.
getgln wrote on Sat, 08/27/2011 - 9:19pm
Have you considered creating a new name? Something that sounds like a merging of the two worlds?